Summer might not technically start until June 20, but we’re already soaking up the sun here at the Fieldwire office. There’s a good chance you are too while you’re out working in the field, so when you come back inside to grab some shade, why not check out a few of the new web-based features we just released? Think of them as an early summer treat, and like a popsicle on a sunny day, they should hopefully hit the spot. 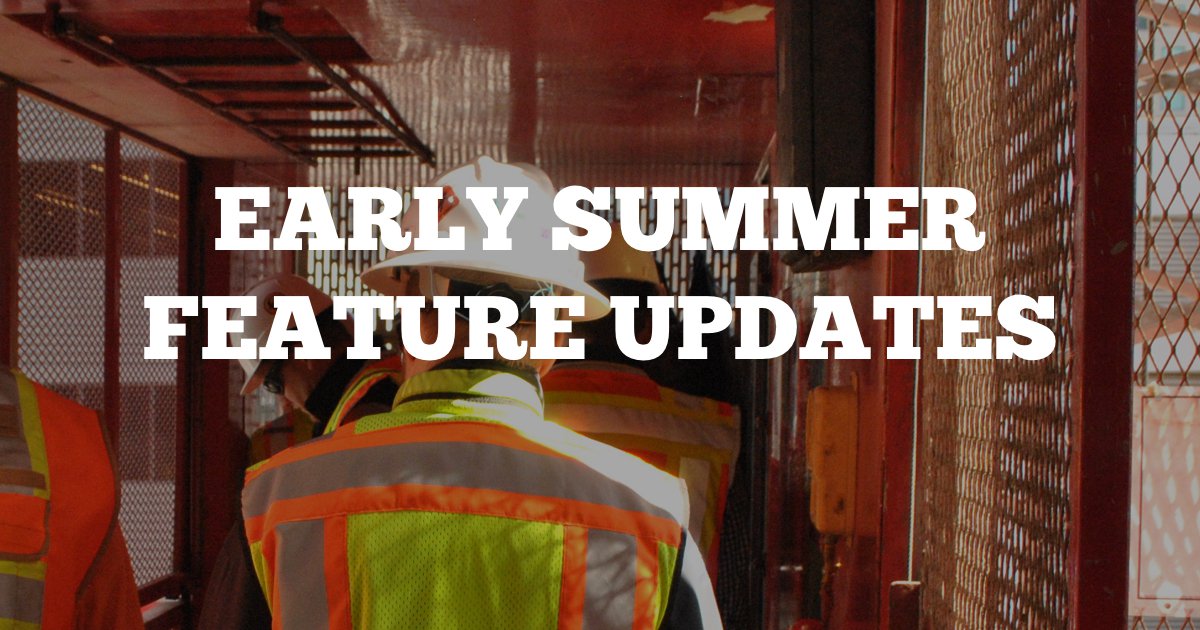 First up, we have a bit of an expansion of one of our previous newly-made features. You may recall that when we originally unveiled sheet version comparison for premium Fieldwire accounts, you could only compare two versions of the same sheet together. Now that’s a pretty useful feature on its own, but as soon as we were finished with it we took a step back and decided, “Nah, we can do even better.” So now, premium users are able to compare ANY sheets together. Whether they’re two versions of the same sheet or two entirely different sheets, you can now view a color-coded comparison of both sheets on the web. And on top of that, you can now also export that sheet comparison as an image file. Read more about it here. 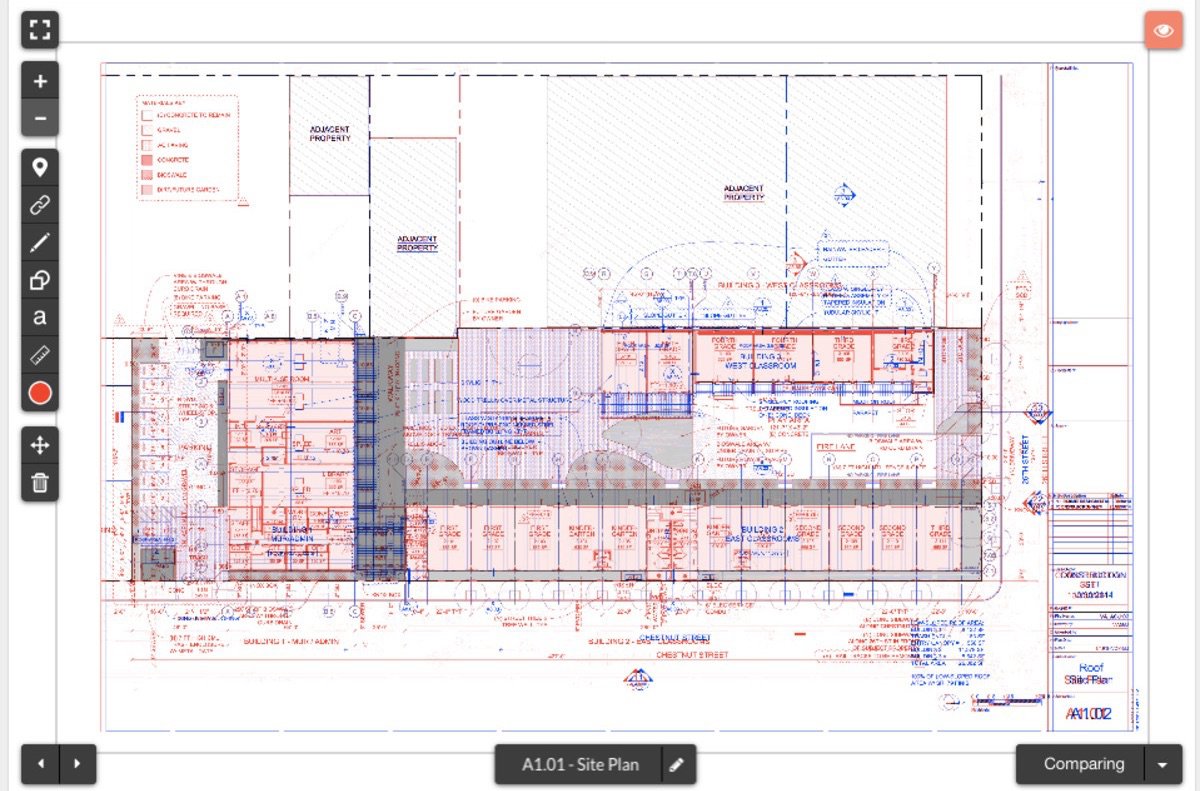 Next, we decided it’d be a good idea to streamline the way you can manage multiple photos at once, rather than opening each photo one by one. Now when you select your photos on web, you can add tags to them all in one go by clicking on the Actions button at the top of the Photos page. This should help you group together photos quicker and easier than previously possible. Also under the Actions menu, you can now attach photos from the Photos page directly to specific tasks. This will come in handy if the photos were added to the Photos page in bulk, rather than individually to their respective tasks. Give these new photo options a try! 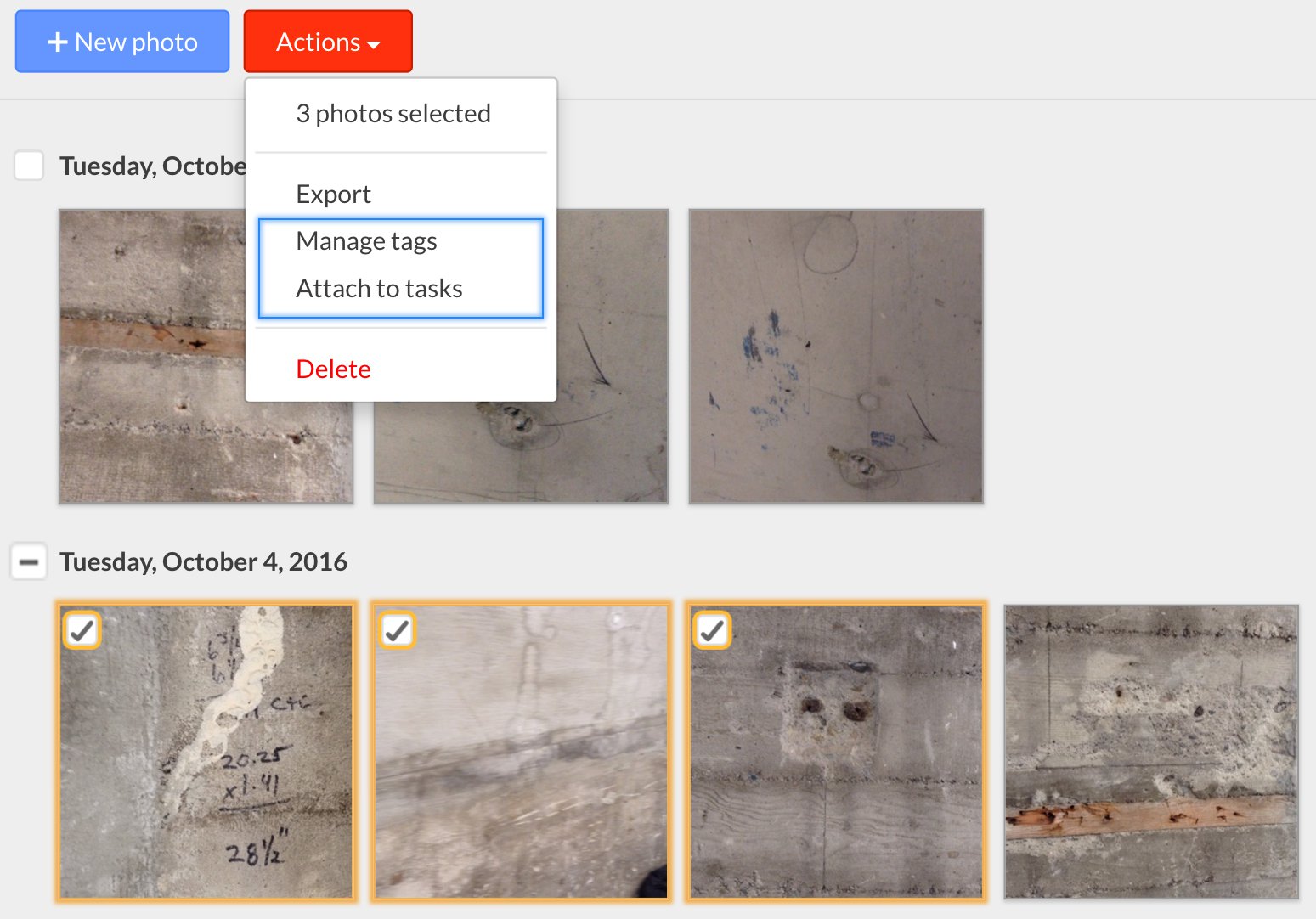 Last but not least, we added a simple but effective messaging feature that you can utilize on web. You already know about the bell icon for notifications anytime there’s a task or plan update, but now if you click that same button you’ll see another option: “Send project notification.” This is essentially a project-wide messaging system that allows you to send an alert or notification to project users (Admins and Members can use this feature, Followers are unable to do so). You can send it to everyone, or only certain people based on their permission level. So if you want to call a meeting together for Admins, or if there’s a safety hazard or sudden circumstance you want to bring to everyone’s attention, just fire off a notification whenever the need arises.

That should do it for now, but we’re still working more goodies even as we speak. Keep an eye out for another big update in the near future, perhaps even by the time summer officially begins. For those of you who continue to share your feedback with us, we thank you for your enthusiasm. Some of our best features may never have come to pass without your great ideas, so thanks for making your voices heard. And for those of you who haven’t yet shared your feature requests with us, speak up! We always have an ear to lend, and as you can see, it yields big results.

Fieldwire is free for small teams on Apple iOS, Android, and on the web. We support 200,000+ projects worldwide, and our community continues to grow with each passing day!