Fieldwire Features for the Fall

Alliteration aside, this is a special time of the year. Not just because the leaves are turning orange, and not just because October has begun (although we’re already excited for Halloween around the Fieldwire office). So why, you ask? Because we have some new features to share with you! No tricks here, just some great new treats to improve your experience with Fieldwire. You don’t even need a costume to earn them, though we do encourage costumes all the same. Some of these new developments have been live for a week or so now, but for those of you unaware, let’s reveal all the thrilling updates waiting to be unwrapped. 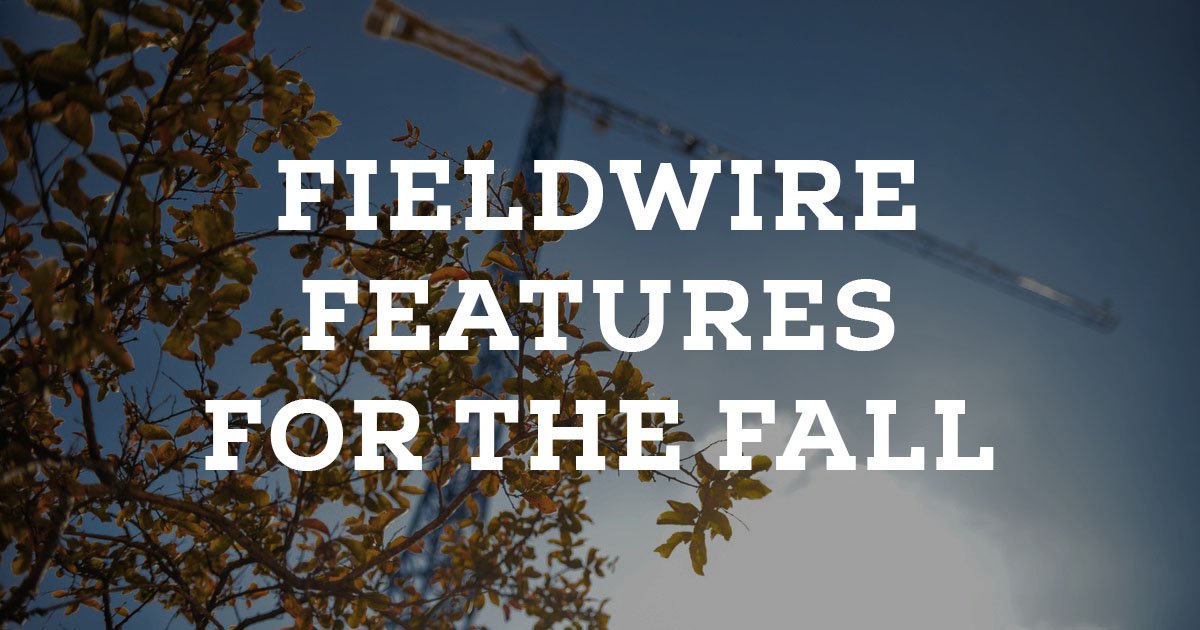 For starters, you can now capture short videos in Fieldwire! Ever been in a situation where just adding a photo didn’t seem like enough to convey important information? Well, now you can include a video in your tasks or attach it to your plans in order to show your team exactly what you’re seeing even easier than before. You can capture videos on any iOS device and most Android devices (some older Android devices may not be able to take new videos, but they can still view videos posted by others). So start including some videos along with your photos as you’re working on-site and give your crew the best possible view of your progress. 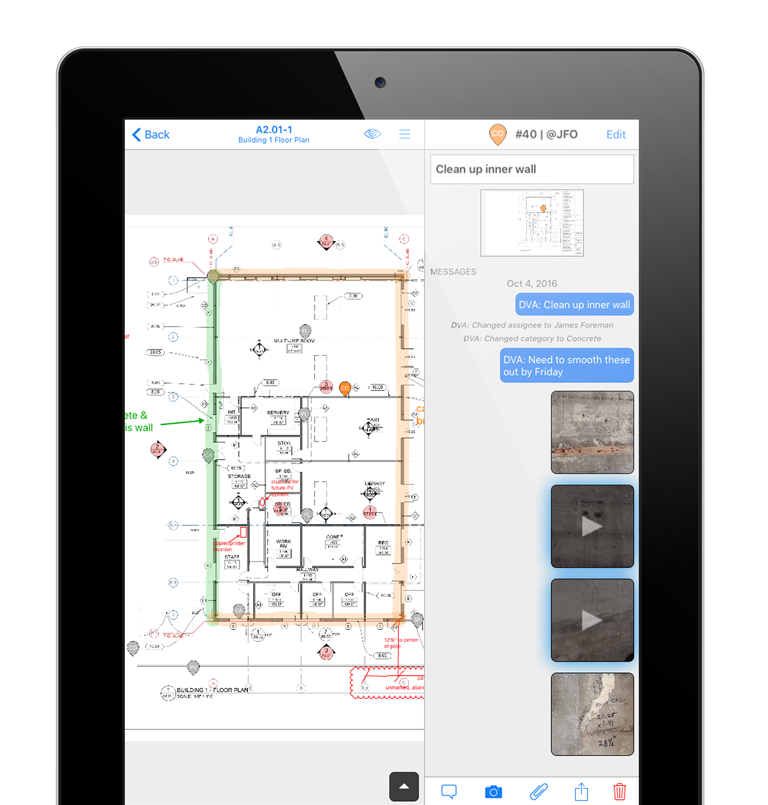 To go along with the new video feature is our brand new app camera. We’ve updated the built-in camera in the Fieldwire mobile apps, so now you can better document valuable information and know exactly how your photos and videos will be formatted once you save them in your projects. The camera for the iOS app will look more or less the same, while the Android app's camera will look quite different, but both share the same updated functionality. We’ve also made it easier to draw from your mobile devices photo gallery, so you can upload photos from outside of Fieldwire with just a few clicks. Take it for a spin! 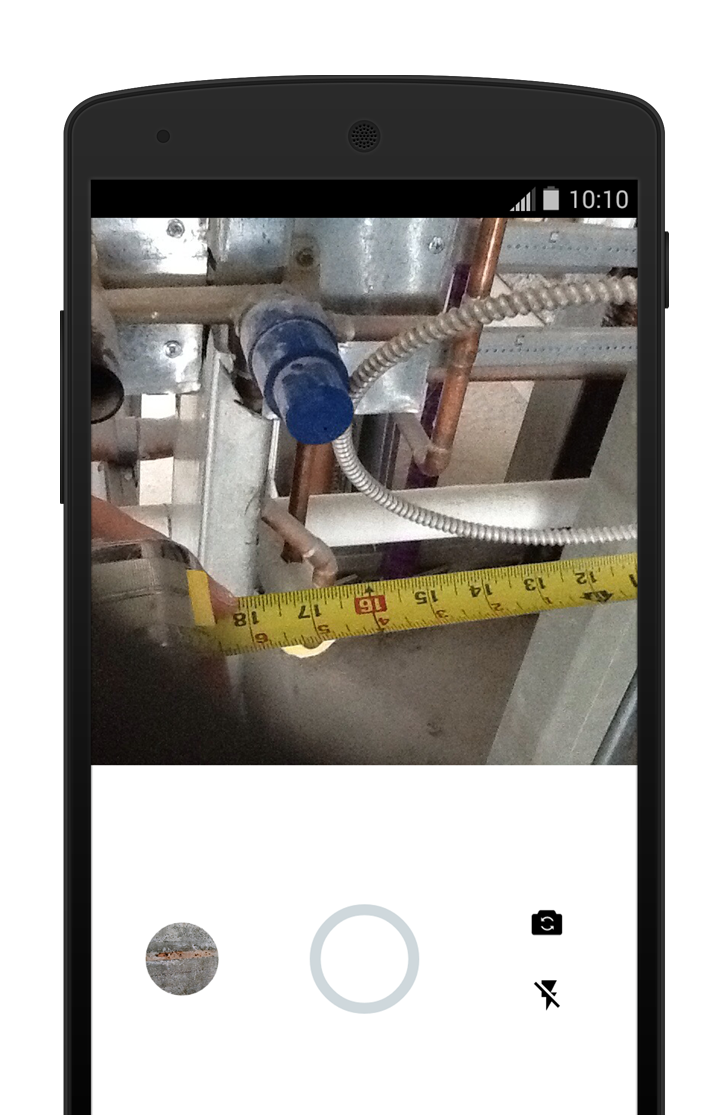 Next up, we now support batch task management on the web version of Fieldwire. What that means is if go to the Tasks page, then hold down the Shift key and click on two separate tasks, all of the tasks between those two tasks will also be highlighted (so you’ll have one block of tasks selected). You can then drag those tasks to any other priority in Priority View or due date in Calendar View and update all of them at once. Being able to add a mass update to multiple tasks in one go will help save time and simplify management of many of your similar tasks, and should come in handy when you’re scheduling, preparing inspections, and creating punch lists. 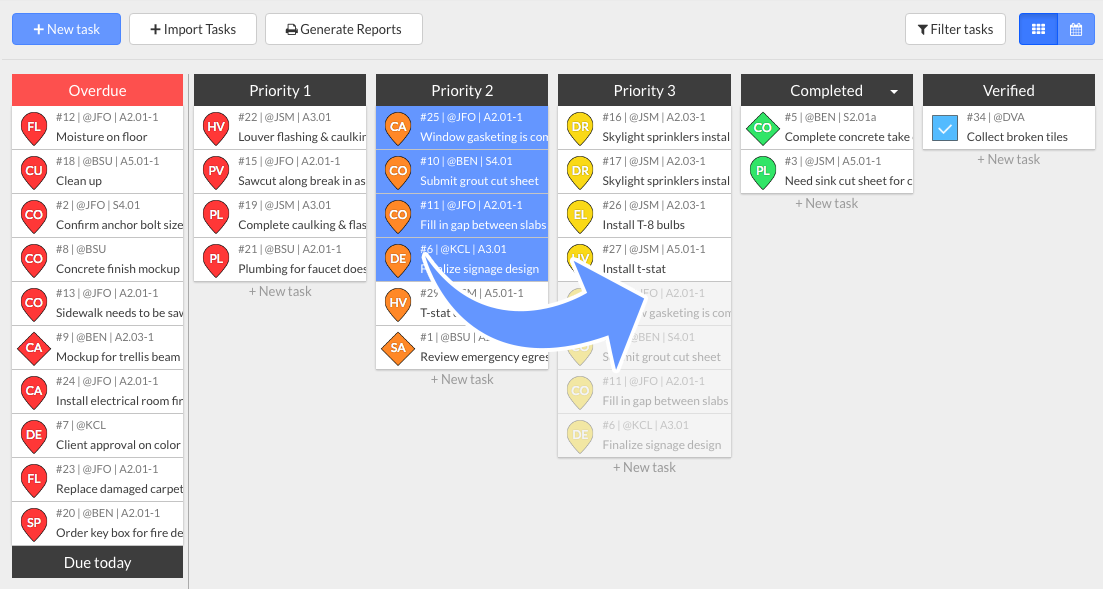 We’ve also made some changes to have your view your plans on the web. Now when you open up your plans, you’ll see an all-new streamlined interface for managing your plans. Nothing drastic has been switched around, we’ve just tailored the plan view display a bit to make everything clearer and ensure that you can edit sheet information, reference older versions, and flip between sheets without any confusion. 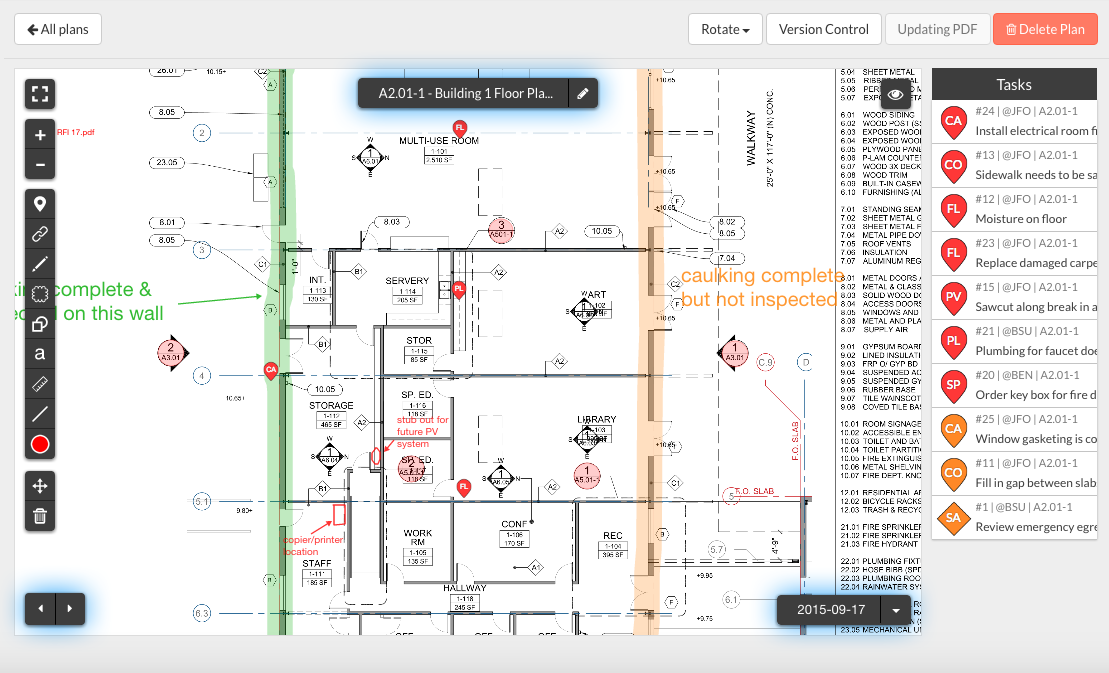 There’s even a new button at the top of the Plans page on web - the “Recently Viewed” button, which will show you the sheets that you recently opened in order to make pulling them up again a simple process. You won’t have to scroll around or open up folders to find these plans again after closing them, just hit the “Recently Viewed” button to drop down a list and access them quickly.

Our final treat pertains to checklists in PDF reports, so those of you with premium Fieldwire accounts can now generate detailed reports with the full dates of all checklist items included. Each item that has been checked off will include the initials of the user who did the checking, as well as the entire date listed right next to the item, so you have an accurate representation of when each step was completed. A simple but useful update that will help clarify data from every task checklist that your team is working off of.

You lucky devils weren’t expecting so many treats at the beginning of October, were you? Well, we aim to please here at Fieldwire, and in truth, we’re the ones who should be thanking you. Without your dedicated feedback and great ideas, new features like these might not ever see the light of day. So thanks! Now if you’ll excuse us, we have more new features (and candy) to sink our teeth into.

Fieldwire is free for small teams on Apple iOS, Android, and on the web. We already support 1,000+ companies across 200,000+ projects, and we rise from the grave each day to make that day easier for you, our users. Let’s continue having a frightfully fun time working in the field together! 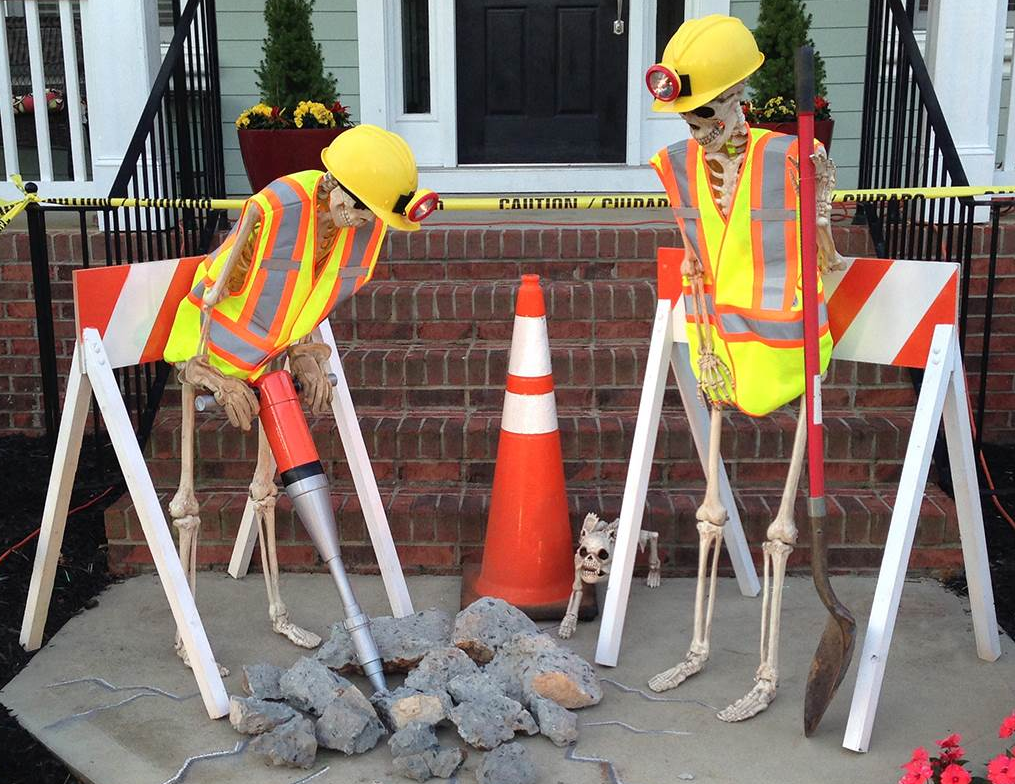