Start the Year with Some New Features

Now that the holidays have passed and a new year has dawned, it’s time to start off 2017 the right way. No doubt you were on your best behavior all of 2016 (if not, just play along), so we have a sack full of belated goodies to hand out to you. Some of you may have peeked at these presents a little early, as a few of these new features were already released weeks back in beta mode. But now we’re ready to unveil the finished products, so grab a seat and start unwrapping some of Fieldwire’s new gifts to you! 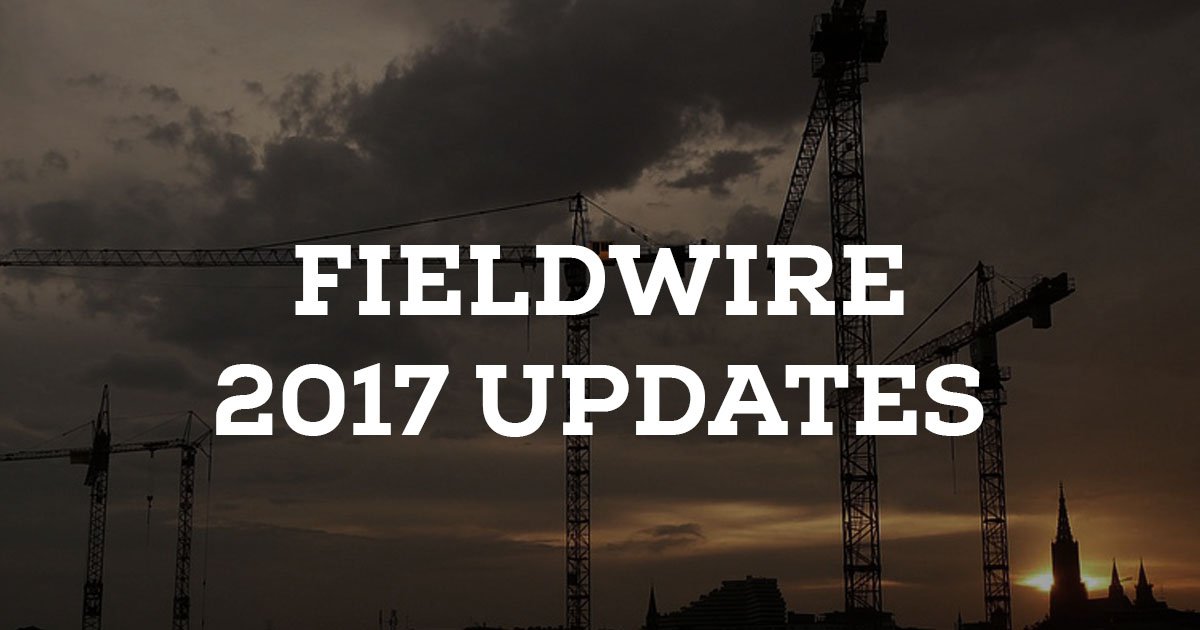 Let’s begin with a feature that many of you have had on your wishlist for a while now: the new-and-improved Calendar View. Now, we’ve always had a version of Calendar View available for your tasks, but it used to be limited to the 3-week lookahead. This has been replaced with an infinite, visually-streamlined calendar to display all of your upcoming tasks. Whether you want to schedule tasks 3 weeks or 3 years into the future, every date is now an option, and you can organize the Calendar View by day, week, or month increments. We’ve also addressed all your scheduling needs by replacing the old Due Date system with Start and End Dates for tasks. This will further clarify to your crew the duration each task has to reach completion. Any Due Dates you already had set for your tasks have automatically become End Dates, which you can adjust if necessary. The beefy new Calendar View is now available on the web version of Fieldwire.

We've also updated how tasks now look when you open them on web. The new task view places all the core task attributes along the right side of the task window, leaving the main body of the task for your notes, photos, checklists, and all other content. Just making it easier for you to see all the details at a glance! This new task view should go live within the next day or two, but here's a sneak peak: 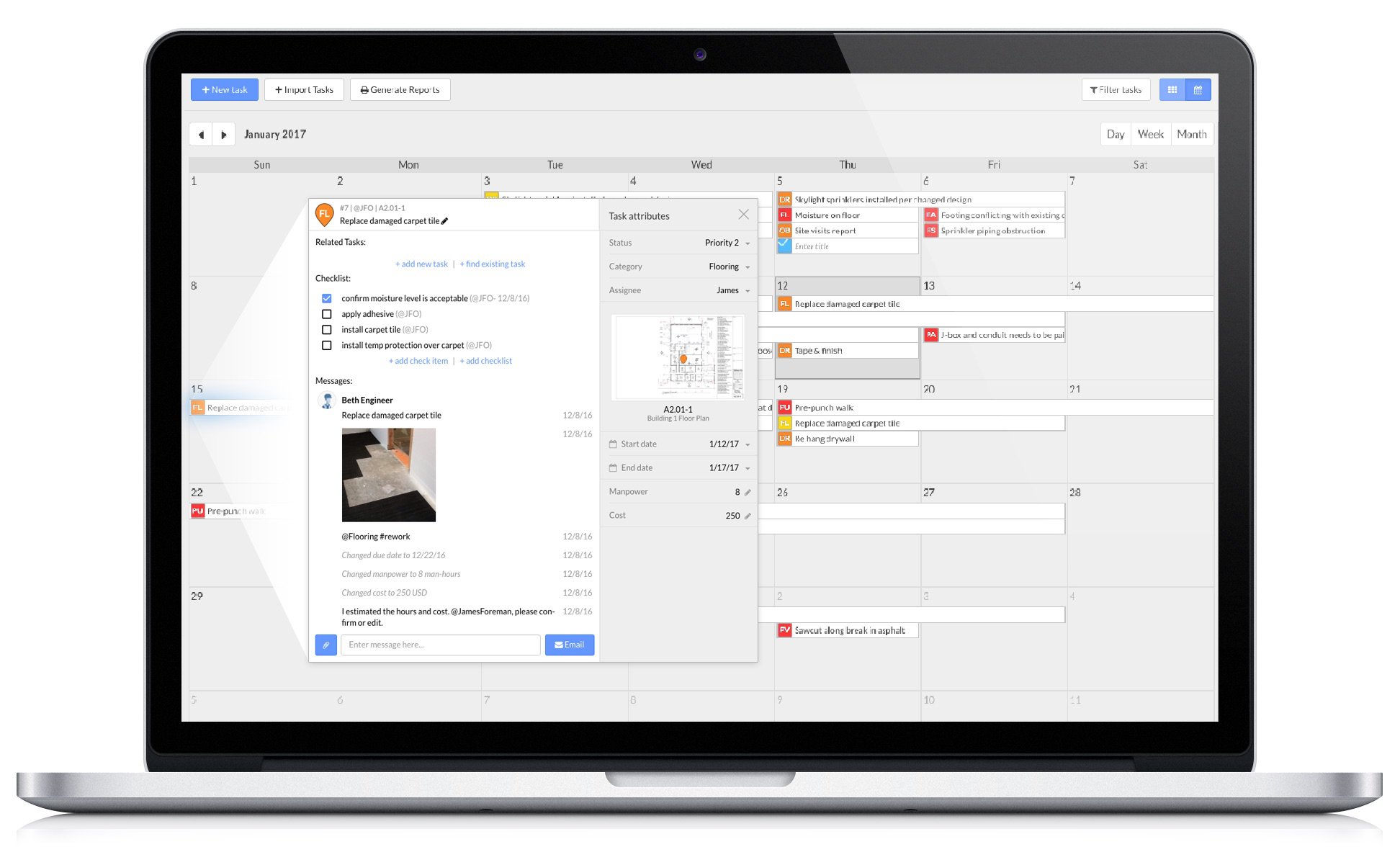 Next up, we have something surely all of you have noticed by now when logging in on the web: the new Project Dashboard. We’ve given your account’s homepage a sleek new design, to make it easier to locate and distinguish between all of the projects you’re a part of, as well as locate your Account and People settings much easier. We’ve also made our tutorial videos easier to find as well, just in case you need any pointers while using Fieldwire. 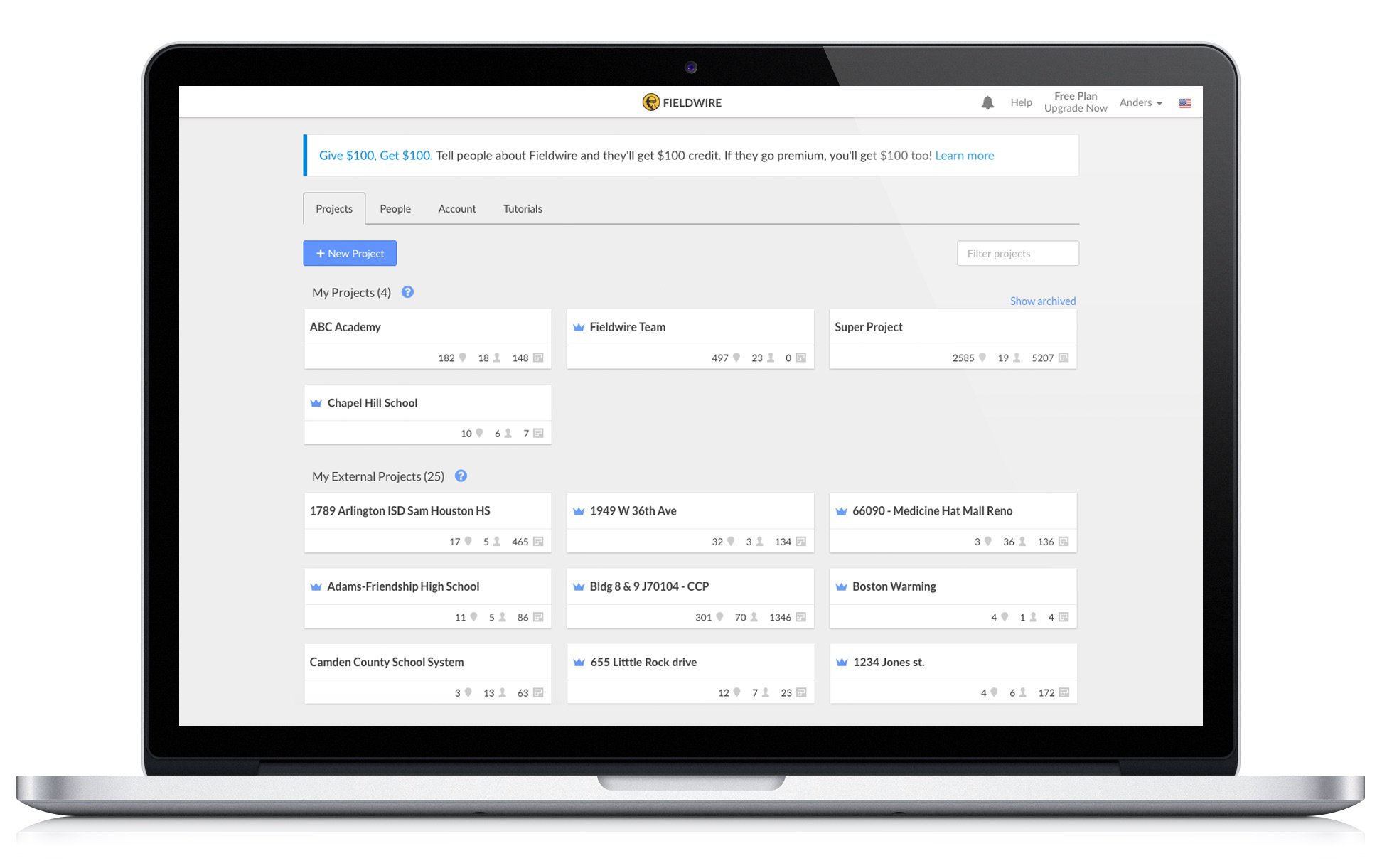 The next web-only feature we’ve added is another innovative tool: the batch scale feature for your plans. As you may know, if your drawings have scales already printed on them, Fieldwire will automatically read and scale each sheet accordingly. For those plans without a scale, or if you simply want to change things up, you can now select all the plans you wish and set their scale as you see fit. This should make managing drawing scale a much simpler process. 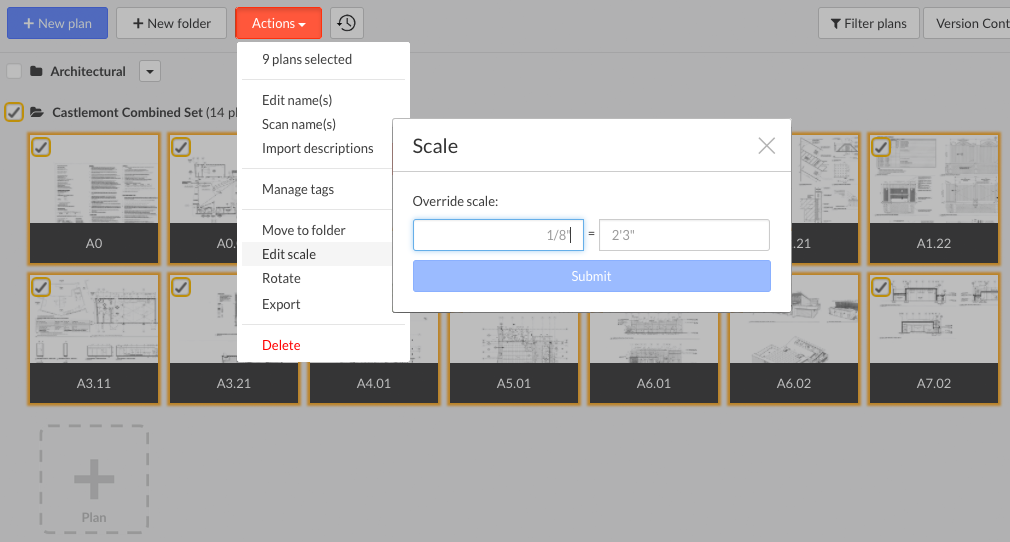 Now let’s open up some of our exciting mobile app developments, starting with the new mobile storage options for your plans. We know that sometimes, depending on your mobile device’s capacity, it can be difficult to preserve memory space on some of those larger projects. We released the selective syncing project feature in the past to help mitigate this, and in order to further address your device space issues, we’ve now made it possible to adjust how many sheet revisions your projects will sync. You can select up to 10 new versions (or fewer if you prefer) and that will help save data space in the Fieldwire app. On Android, you will be able to change the number of sheet versions synced via each project’s Settings page; this is not yet possible on the iOS app, however as a workaround, you can still set the version number preference on web and it will go into effect on iOS. 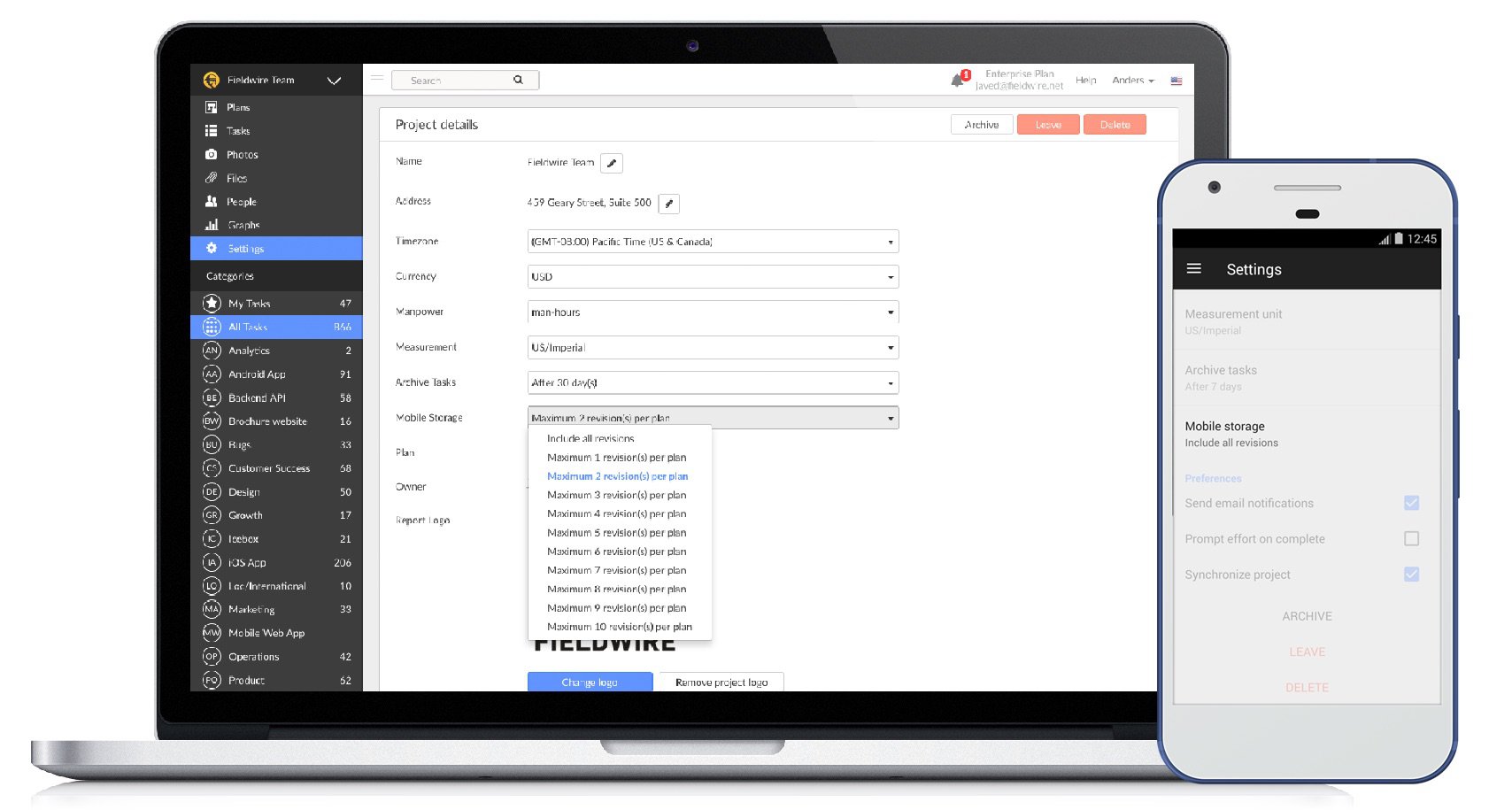 Another great addition is the Recently Viewed Plans tool, which can be found on the Plans page in both the iOS and Android apps. Clicking on this makes it easy to pull back up the most recent sheets you’ve opened, rather than having to search for or remember which ones you were just looking at. This will make plan viewing even easier than it already was in Fieldwire, so starting pulling up those sheets. 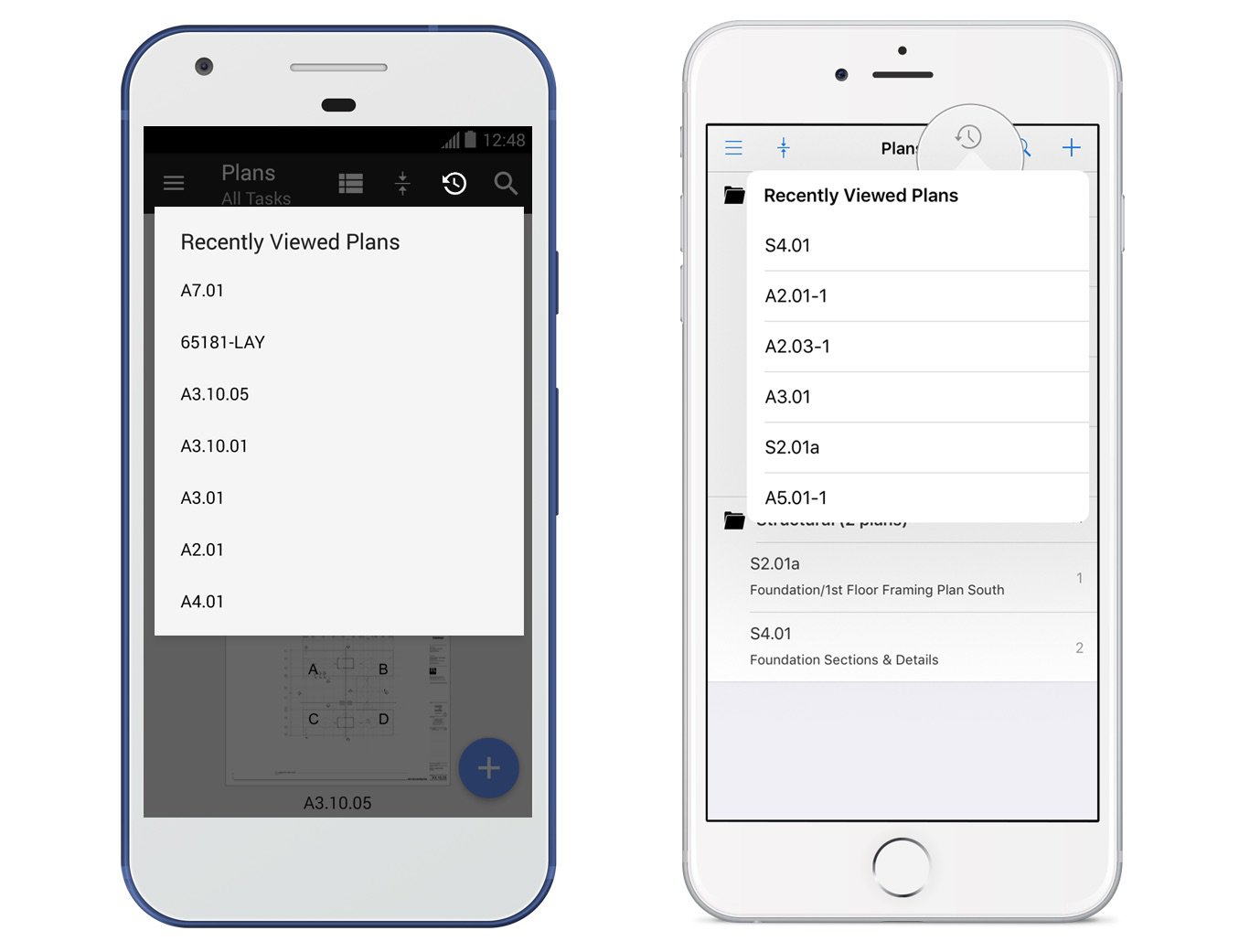 We offer a lot of different attributes to choose from when creating your tasks, and now you can sort through and organize those tasks in new ways on both iOS and Android. The new Task Sorting tool allows you to pull up your list of tasks based on Priority, Start/End Date, Last Modified, Completion Date, and Verification Date, so every task is displayed in a useful way while you’re working. Whether you have a preferred sorting order or it changes from day to day, our mobile apps have you covered.

For those interested in managing their project photos, we have some updates to the Photos section as well. First off, the Photos section is now available on the iOS app, so you can see your task and plan photos all collected in one convenient album. And on both the iOS and Android app, you can now add photos directly to the Photos section, just like on web. So keep snapping new field photos while you’re out on the job! 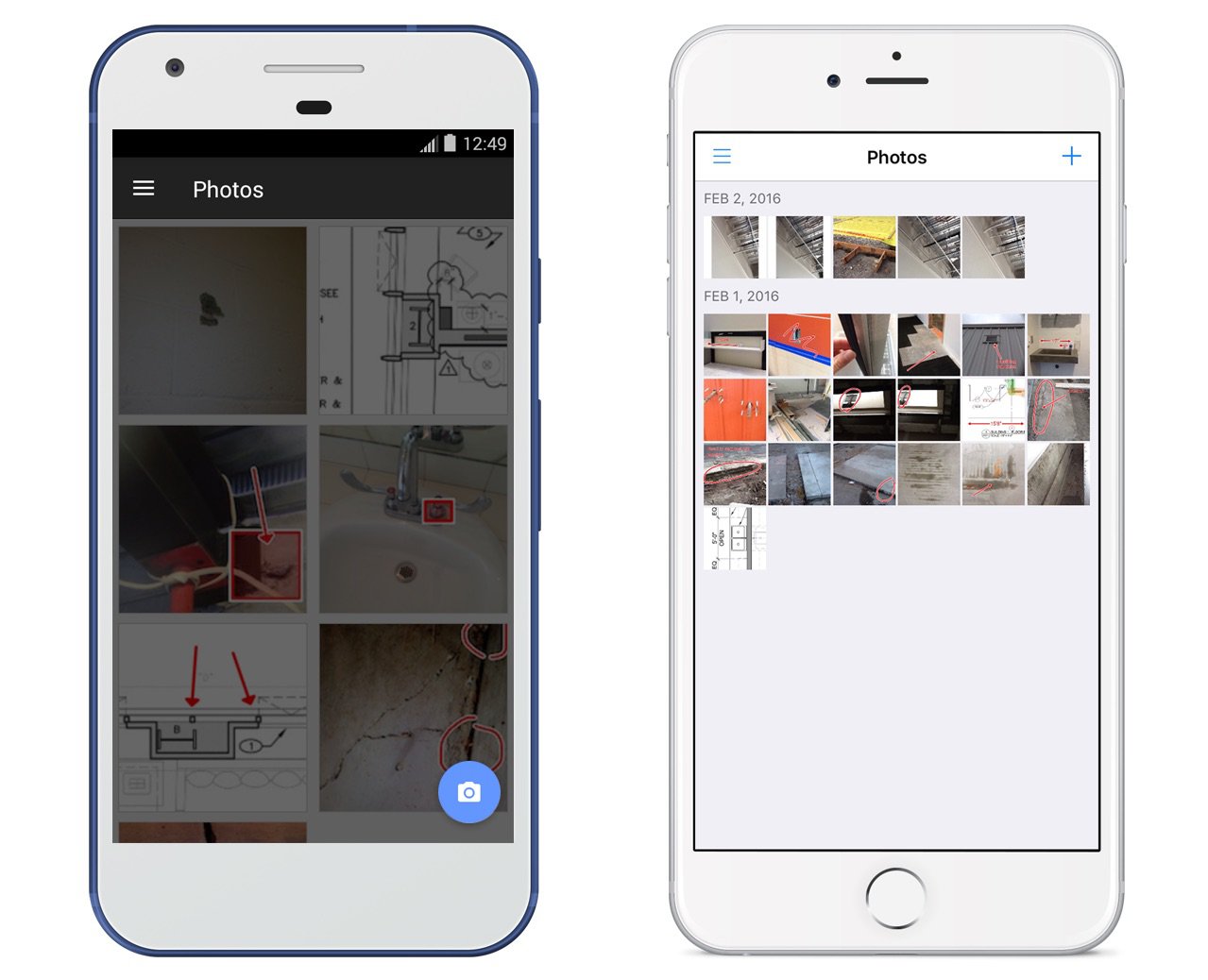 Those users who favor the Android app have another photo-related update to take for a spin: improved in-app camera functionality! You will now be able to zoom in and select specific focal points when taking photos in Fieldwire on Android devices. These new camera features will add more clarity to your photos, and should hopefully prove useful to those of you angling for that perfect on-site shot. 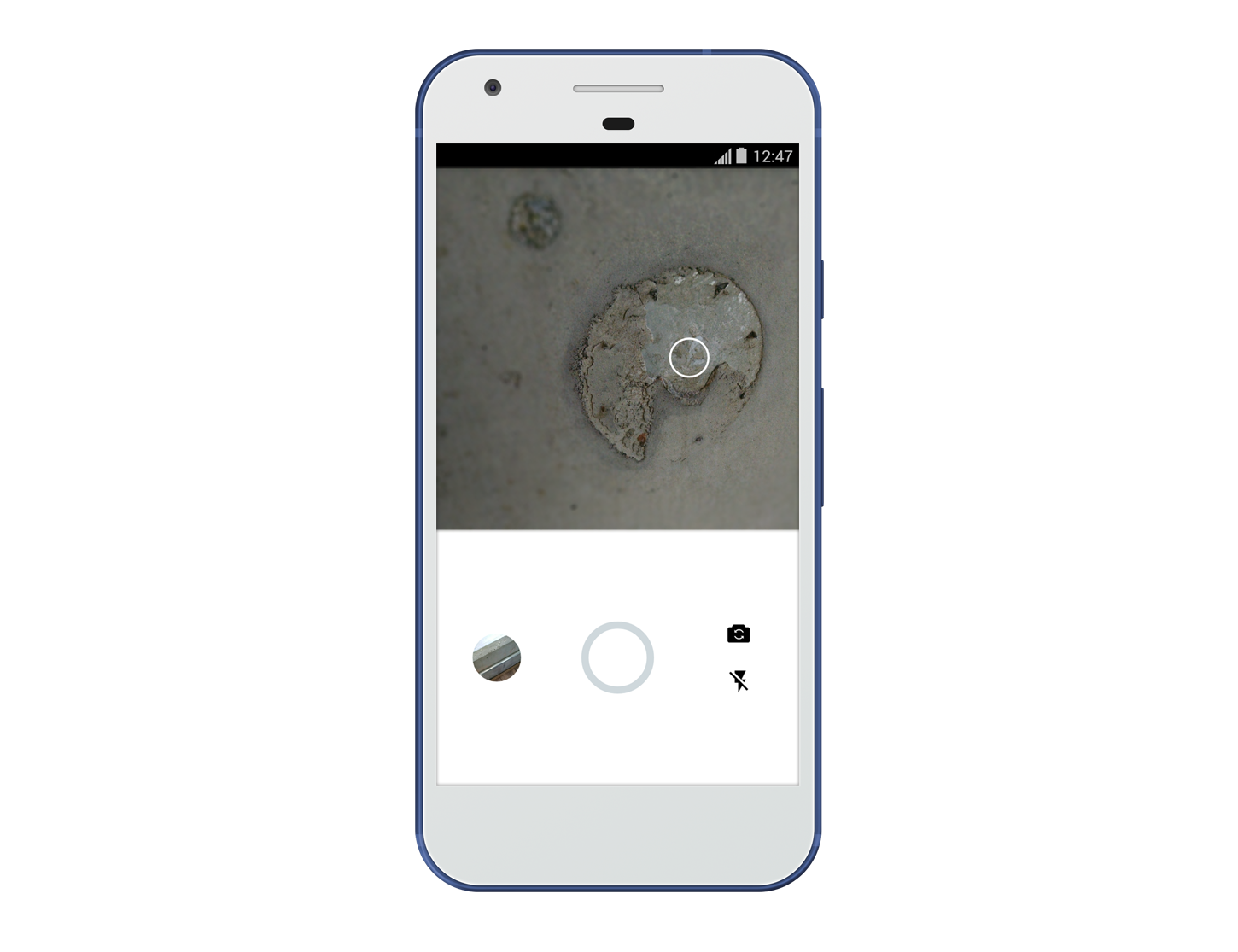 And last but not least, we have one more tiny gift for our Android users - the Scribble task tool! iOS users will already be familiar with the Scribble tool, which allows you to either leave a signature or draw an image within a task, and now this handy feature has been included in the Android app. It should be a helpful little addition to your task management arsenal. 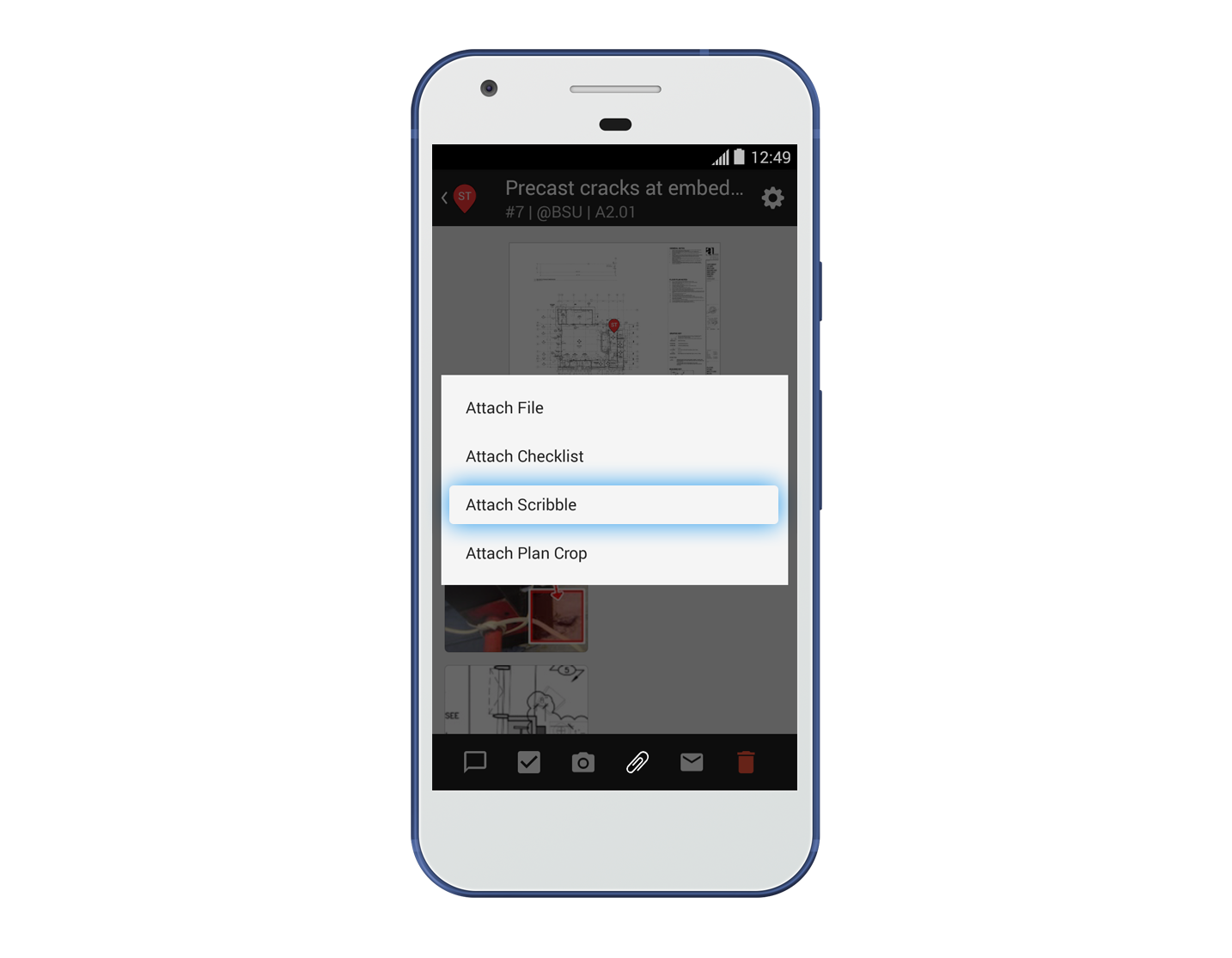 There it is, your complete holiday haul of new Fieldwire features! This should be plenty of gifts to keep you busy as we take our first steps into 2017, and if you’re still feeling a little greedy, don’t worry. We’re already working on more new developments to include in Fieldwire, so it won’t be long until we have even more feature announcements to make. Like a dear old grandma, we like to spoil you here at Fieldwire.

Fieldwire is free for small teams on Apple iOS, Android, and on the web. We support 1,000+ companies across 200,000+ projects, and our community continues to grow even larger as we roll into 2017.

By the way, are you interested in becoming certified in your Fieldwire knowledge on LinkedIn? Take our Intermediate and Expert Certification quizzes, and if you pass, you’ll earn a badge to display on your LinkedIn profile! Let your peers and employers know that you’re a Fieldwire pro!