While reviewing construction spending data from the US Census Bureau, we were pleased to see that the level of annual activity in the US private construction market had finally recovered to levels above what they were before the financial crisis. You can see in the below infographic how the current 2017 estimated level of $954 billion finally surpassed the $906 billion spent in 2006. 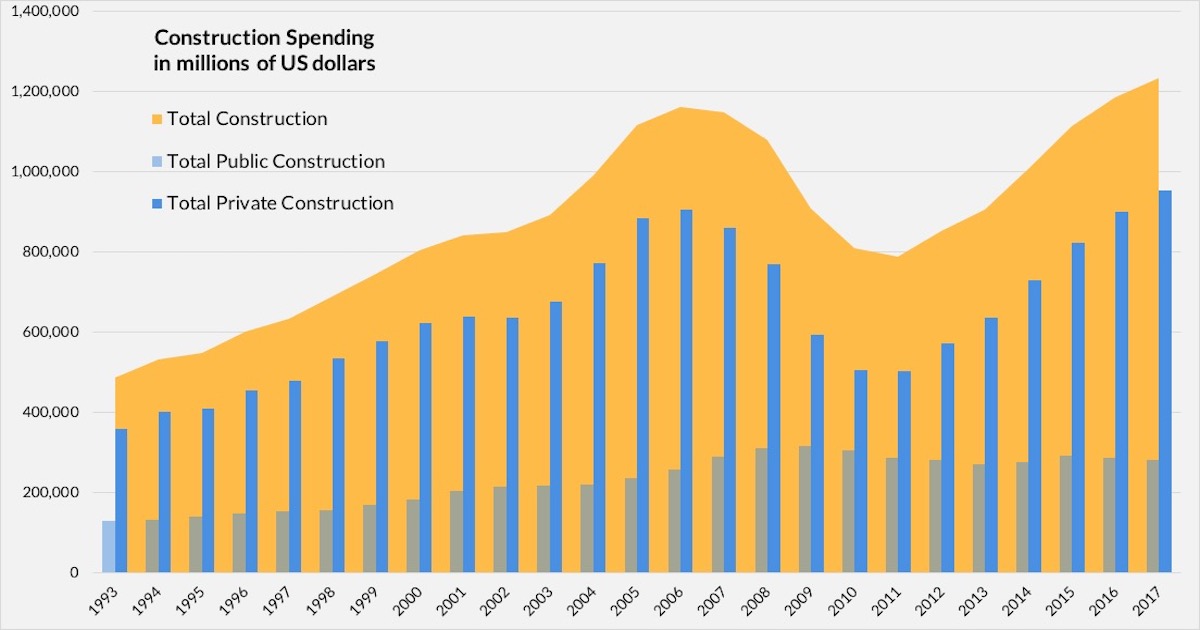 This data comes from the Value of Construction Put in Place Survey (VIP Survey), which has been conducted continuously every month since 1964. It provides monthly estimates of the total dollar value of construction work done in the U.S. The survey covers construction work done each month on new structures or improvements to existing structures for private and public sectors. Data estimates include the cost of labor and materials, cost of architectural and engineering work, overhead costs, interest and taxes paid during construction, and contractor’s profits.

Additionally, in the CB18-49 press release, it noted that spending on private construction was at a seasonally adjusted annual rate of $982 billion for February 2018, $449 billion of which was non-residential (46%).