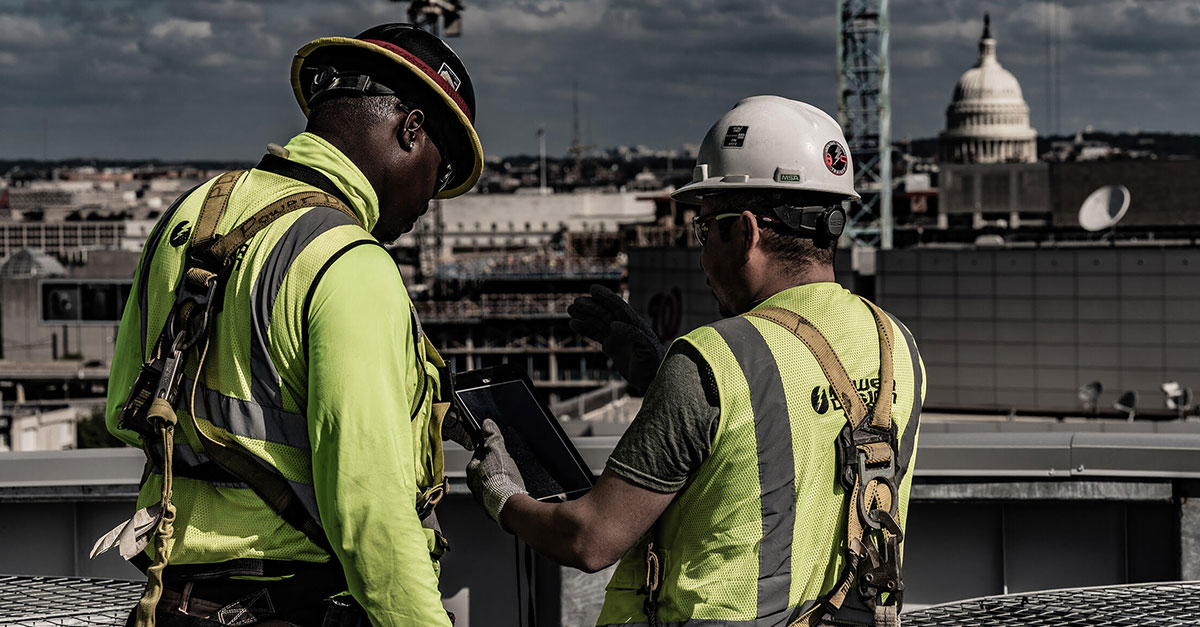 Rework and repetitive processes are often unavoidable in construction. Along with being detrimental to your bottom line, these tedious tasks stunt productivity. Instead of doing the work that drives projects forward, you’re stuck with a bunch of rework in the field or manual data entry in the office.

Unfortunately, this is the reality for many craftspeople — from Project Managers and Superintendents to Project Coordinators and Business Analysts — and it was John Hodgeland’s reality prior to now.

John Hogeland: The man behind the savings

John is a Business Analyst at Power Design, an ENR Top Specialty Contractor and one of the nation’s leading design-build firms. Like many office workers, a fair bit John’s day was spent in Excel, organizing tasks and crunching numbers. To ensure projects ran smoothly at Power Design, John also worked hard to identify process improvements that would drive efficiency at his company. That’s why, when John heard of Fieldwire’s custom task statuses he couldn’t believe his ears.

“When we purchased Fieldwire, we didn’t think we’d be able to configure task workflows. Now that we can, we expect to save more than 10,000 hours over an 18-month period.”

What took Power Design 10,000 hours prior to now? According to John, a whole lot of work-in-progress tracking and set up! That’s because each team followed a different process for managing work-in-progress tasks. He said: “Electrical was using Excel while others used entirely different software. So our people and processes weren’t talking to each other.”

“For teams using Excel, it took six weeks to set up a work-in-progress tracker. And the problem with Excel is that people don’t take their laptops with them into the field. So we’d have people scrambling to update the spreadsheet right before a work-in-progress meeting, and no one remembered exactly what got done. That’s why we love being able to update everything in real-time with Fieldwire.”

Reducing set up time and rework with Fieldwire

Yes, Power Design will save thousands of hours with custom task statuses, but John says it’s more about the amount of rework they’ll avoid. From anywhere in the field, crews can access and update their tasks in real-time, plus communicate task progress with others. Meaning fewer mistakes are made and the chance of any rework is slim. By giving Power Design the tools they need to work more efficiently and with confidence, John says his Project Managers and Projects Engineers have more time to focus on the real work.

“Instead of spending thousands of hours doing rework or setting up work-in-progress trackers, our PEs and PMs can be on the jobsite doing the work their Supers and Foremen need them to do.”

“We’ve reduced our work-in-progress tracker set up time down to three hours. But being able to make updates in real-time instead of after the fact provides an infinite amount of value. Instead of spending thousands of hours doing rework or setting up work-in-progress trackers, our PEs and PMs can be on the jobsite doing the work their Supers and Foremen need them to do,” said John.

In addition to streamlining repetitive processes, Power Design has simplified its onboarding process. Instead of having to describe the meaning behind fixed task workflows to newcomers, John can present them with a workflow they understand or recognize. For example, a set of tasks that were previously tagged as ‘Priority 1,’ can now be identified as ‘In-progress tasks.’

“This definitely helps from a training perspective,” said John. “For us, priority levels were too vague and people didn’t know what they meant in terms of doing work. Now, we’ve configured those so that people can easily recognize what the work is and go do it.”

Fieldwire’s custom task statuses give construction teams a clear playbook for getting work done right the first time. By giving field crews and office workers the tools they need to work efficiently and with confidence, we will continue to drive productivity on thousands of projects across the world.