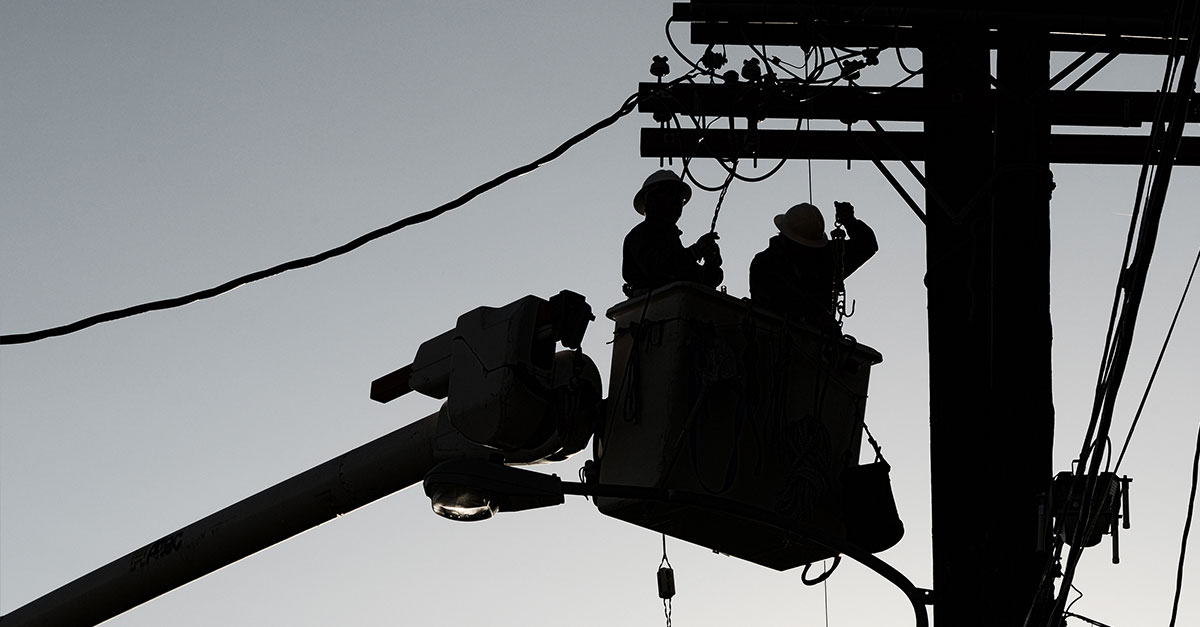 Fieldwire is one of the best apps for electrical contractors, but don’t just take our word for it. ABCO Electrical, DC Electric, and Blue Mountain Electric are three U.S. based electrical contractors already using Fieldwire to simplify jobsite processes. As a result, they’re saving time and money on electrical projects and operating far more efficiently — both in the office and in the field.

ABCO Electrical use electrical contractor software to be 100% paperless

Just imagine how your day would run if you could eliminate paper plans onsite. You wouldn’t need to carry around bulky physical files, walk back to the trailer just to update a plan, or spend money printing revised drawing sets. Sounds great, right? The best electrical contractor software eliminates these processes entirely and empowers workers to go paperless in the field — syncing all relevant files and drawings they need to the mobile device in their pocket. Using Fieldwire’s blueprint app, contractors at ABCO Electrical Construction & Design can view all of their plans on any mobile device, even when they’re working offline. ABCO’s project manager, Sam Carlson, saves his team even more time onsite by organizing electrical drawings into project-specific folders for easy navigation in the field; important information they previously had to search for in binders full of paper. Now, all information relating to a project – plans, resources, submittals – is stored in Fieldwire for everyone to access. All detail, section, and elevation callouts are automatically activated on plans, allowing electrical contractors to easily navigate between drawing sets. Carlson said:

“We have senior site staff who once wouldn’t even take their iPhone onsite, and those are the guys who are now advocates for the platform.”

Once the team realized they could use electrical apps to view their plans on an iPad or iPhone, instead of flipping through hundreds of physical files, the adoption of electrical contractor software was immediate. 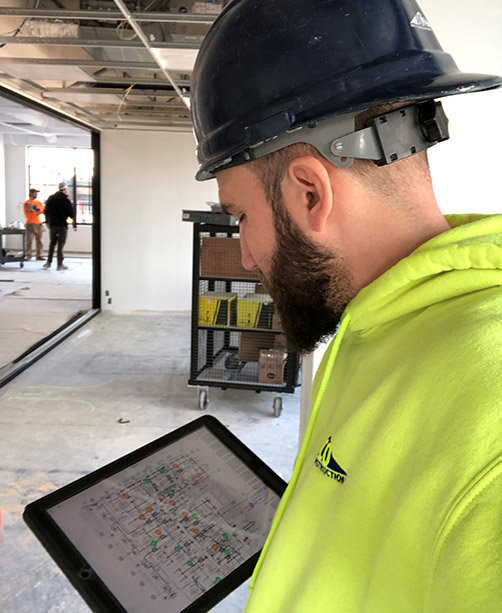 Prior to using Fieldwire, DC Electric spent 25 percent of their day manually building forms and filling out paper reports. Thanks to efficient electrical contractor software, this process now takes just a few minutes. Electrical contractors and electricians in the field can instantly log daily reports — site details, weather conditions, schedule delays, materials used — from their mobile device. Once the report is submitted from the field, the office manager is notified in real-time and can approve the form in the click of a button. As a result, the business manager at DC Electric, Steven Clements, said:

“We’re saving 2-3 hours per day for each person on Fieldwire. The ability to have custom forms built into Fieldwire has allowed us to get closer to our goal of becoming a completely paperless office.”

For productivity to remain high onsite, electrical contractors must be equipped with the tools they need to communicate tasks in real-time. When there is a delay in information, production often slows down, and projects run over schedule. In fact, McKinsey & Company estimate that large construction projects typically run 80 percent over budget and take 20 percent longer to complete than originally scheduled. Using electrical contractor scheduling software that keeps contractors focused on their tasks — for any given day, week, or month — will help reduce that number significantly and keep production moving. Electrical scheduling software doesn’t have to be complicated either, sometimes all it takes is a simple ‘@’ symbol.

Blue Mountain Electric use Fieldwire’s electrical contractor software to easily track work and assign tasks from the field. They use the ‘@’ symbol — a Fieldwire-specific shortcut to quickly assign tasks — to notify a contractor in real-time that they have work to complete for the project to stay on track. The company’s vice president, Nathan Howat, often uses the ‘@’ sign to immediately tag and notify an electrical contractor who needs to fix an outage. He said:

“Once the outage is completed, I can verify the task. This makes tracking outages so much easier. It’s a huge advantage for taking care of every task.”

Fieldwire’s contractor management software is used on more than 300,000 projects worldwide — not only for mobile plan viewing and simple task management, but for scheduling, inspections, reporting, and more! To learn more about Fieldwire’s free electrical contractor software and to see how it can benefit you, please request a demo today and start working towards a paperless jobsite.