Real estate is a complex, prodigious industry to master, and few companies have met this challenge with such poise as Morguard. Headquartered in Ontario, Morguard has spent the last 40 years forming a sizeable reputation as property management experts across North America, with over $19 billion in assets to show for it. With a firm grasp on industrial, residential, office, and retail facility development, Morguard has the right acumen to ensure they remain a leader in all aspects of real estate as they continue to expand across Canada and the U.S.

One of the main focuses of Morguard’s business is residential properties, and for Operations Manager Adam Dolton, this means weaving a vast web of projects across Texas that have to stay on track and avoid run over. Dolton manages the Dallas/Fort Worth area for Morguard, which primarily encompasses multi-tenant housing and retail structures, such as strip malls. In order to prevent any deviation from their schedule, Dolton has a secret weapon that helps keep each project on a lightning pace. 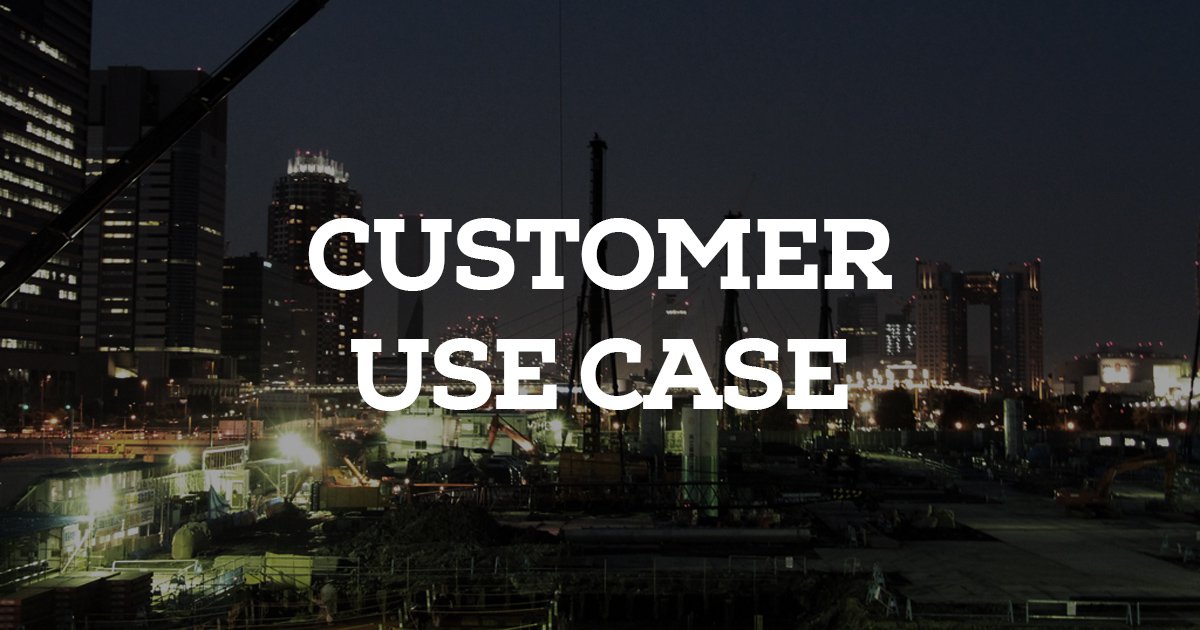 “Fieldwire is excellent. I love using it, the rest of my team loves it, and I’ve gotten nothing but high praise from them about how easy it is to use.” - Adam Dolton, Operations Manager at Morguard

A Creative Approach to Inspections

Adam Dolton and his team are no strangers to juggling multiple projects and meticulously smoothing out any rough patches they find. Many punch items and missed marks are bound to turn up in preparation of a completed apartment complex, so it falls upon Dolton’s crew to have the eyes of a hawk as they scan each unit for imperfections. This extends to all forms of housing they survey, and has led to some creative execution on their part with Fieldwire.

“We don’t use Fieldwire quite as it was originally intended, but it still works very well for our purposes,” says Dolton. “Instead of blueprints, I upload a property map and I’m then able to walk the property and leave detailed notes on the fly where I need to put them. I can then import any other notes from colleagues as well.”

Using Fieldwire for property evaluations with drawings is a tried-and-true method for many companies equipped with the construction app, but Dolton’s interesting take on inspections using site maps instead of traditional drawings proves that there is no wrong way to use Fieldwire if it’s working for you. Each note and photo added to his property map gets synced and shared with the rest of his team, and the resulting punch tasks are distributed to the right trades to handle. Given the volume of cosmetic and operational items that need evaluation on each property before reaching completion, the value of facilitating detailed inspections cannot be stressed enough.

“We do detailed property inspections, which help with our budget and help us stay ahead of all of our issues,” says Dolton. “These detailed property inspections go from landscaping and curb appeal all the way up to each individual door on the property and the hardware that goes with it. So Fieldwire is very helpful for keeping track of things that are damaged or tarnished, so we can then budget to replace those items.” 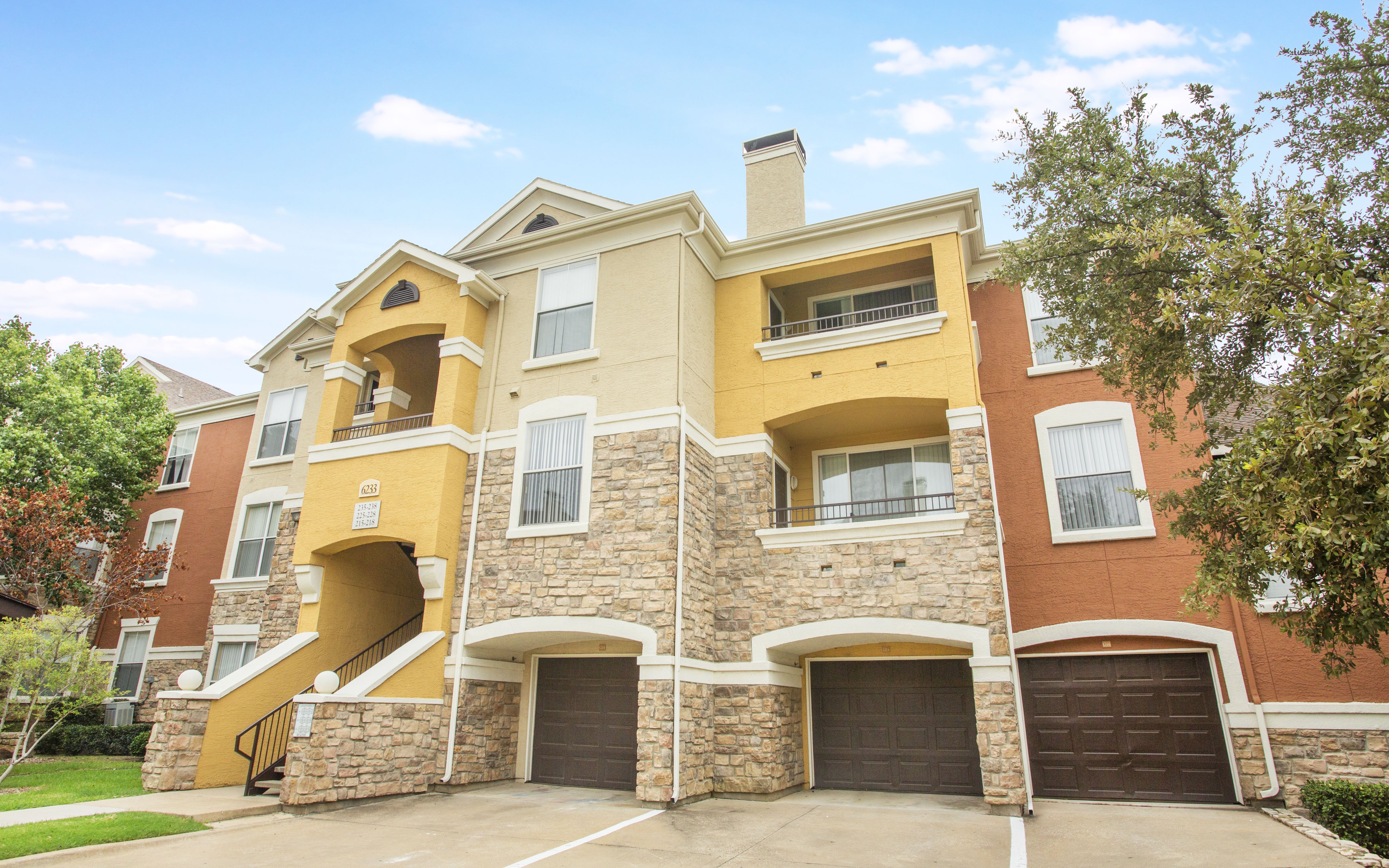 Replacing the Old with the New

So often, it can be easy to simply accept the readily available option as the only solution to a problem, but Adam Dolton refused to subscribe to that notion. Too many days and past projects had been spent limping along at the mercy of older inspection techniques, such as transcribing notes and converting one form of data into another. It was not only a drain on time and money, but on the team’s own morale, and it was not a flow that Dolton could allow to continue.

“Before Fieldwire, we basically just used dictation. We spoke into a microphone and replayed that and put it into Excel before sending it all off,” says Dolton. “It was a 3-4 step process that was really antiquated and took forever to do.”

The need for a better solution was clear, and after finding Fieldwire, Dolton knew an easier path had just opened for his team. The ability to gather on-site data while actually on-site in one hand-held tool, and to then distribute that data back to his colleagues in the span of minutes, changed how they structured their work day. What once took multiple grueling steps to accomplish was now taken care of simply by reconnecting to WiFi. Having all of the notes and punch items found during walkthroughs placed directly on the property map and shared with others freed up Dolton’s day tremendously, and it didn’t take much convincing on his part to sway his comrades once he introduced Fieldwire to them.

“I looked at lots of different applications, and when I came across Fieldwire, it was easy to see that it’s a location-based app, and being able to use it for our purposes would really help us,” says Dolton. “I started using it and then explained the process to the Director of Operations, and after he got his hands on it, it didn’t take but maybe 2 days in the field before he said, ‘Man, this is amazing! This has great potential for us.’”

That potential was realized as soon as Fieldwire became the preferred inspection tool on Dolton’s property sites. He distributed it to all of the corporate leaders in his region, making it simpler than ever to relay data, convey ideas and instructions, and discuss property allowances all through the app. The notification system built into Fieldwire alerts each party both via email and mobile notification, so the dialogue between the team never halts. They began to see drastic improvements in the evaluation process, so much so that Dolton plans to introduce Fieldwire to every community manager at each individual job site in the near future.

“Inspections are very detailed, you’re walking through and taking notes every 3 feet,” says Dolton. “So you’d used to have all these recorded notes and then we’d have to go and put them to paper, then go through and categorize it, but now Fieldwire does it all for you. I can use the built-in microphone on my cell phone while I’m walking to make these notes on the fly, and then they’re all there in the app. So it’s really sped up everybody’s process completely.” 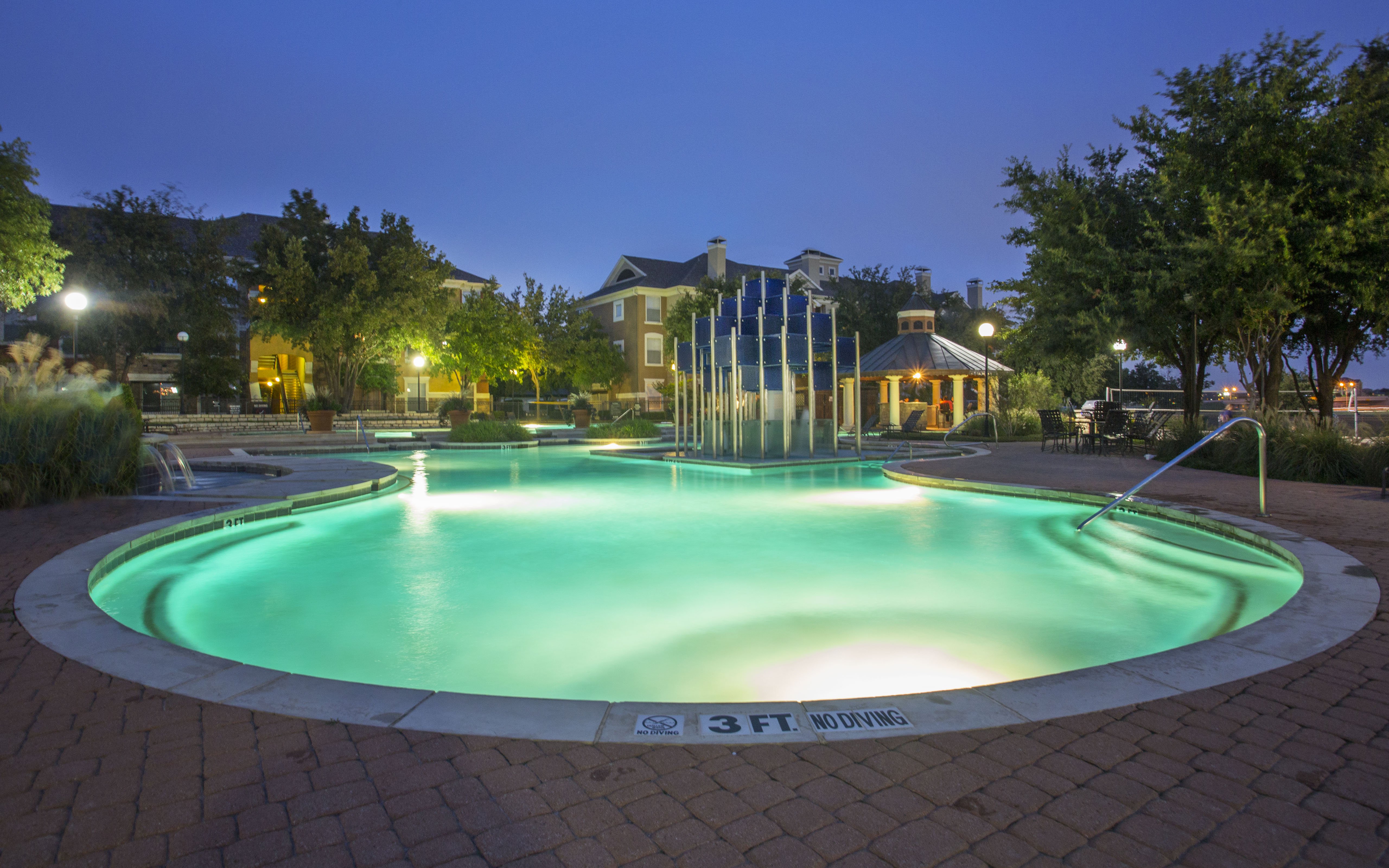 The Benefits of Regained Time

The utility of Fieldwire for Dolton and the Morguard team goes beyond the sheer practicality of its features, as it has become a vital resource for saving an even more precious resource - time. By stripping away all of the outdated procedures in their workflow, they regained a deluge of hours with which to devote more time to actually working instead of converting audio recordings into notes. Time is no longer a limiting factor for Dolton’s inspections, but instead an advantage.

“In terms of time being saved, Fieldwire has absolutely saved everyone at least a month’s worth of work,” says Dolton. “On one property, we have close to 700 notes. If that had been handled using our old methods, that would have taken forever to break out and classify.”

Quantifiable results like a month’s worth of saved time made it clear to everyone at Morguard that Fieldwire was helping them achieve a new measure of efficiency. Through Dolton’s positive findings and countless hours now shifted toward more useful pursuits, they knew they had found the right tool to fast-track the progression of every site evaluation on their docket. By parsing through all their notes so swiftly in Fieldwire, they are able to earmark costs and prepare for future expenditures with a greater understanding of what lies ahead.

“From a budgeting standpoint, we’re able to tackle everything much quicker,” says Dolton. “Now we know what to budget for 2017, 2018, 2019. We can prioritize and assign it if we want to do it off-site; if not, we can give it to a contractor. Having photos collected in Fieldwire really allows us to nail down exactly what we’re talking about, so there’s always accountability on hand. It really shortens up a lot of our other backend processes too.”

Indeed, the time saved on extensive data translation allows Dolton and his colleagues to focus more on data analysis and approach budgetary concerns with added clarity. Quicker turnaround paves the way for smarter spending, and by consistently relying on Fieldwire to help track issues, they have also improved their resource management between properties in need. Saving time is already a victory, but when it enables you to save money as well, that’s more than just a bonus. That’s a game changer.

“People are able to get through these many properties that we have faster than ever, and that results in less time away, less travel expenses, so all around, you end up saving money by using it.” 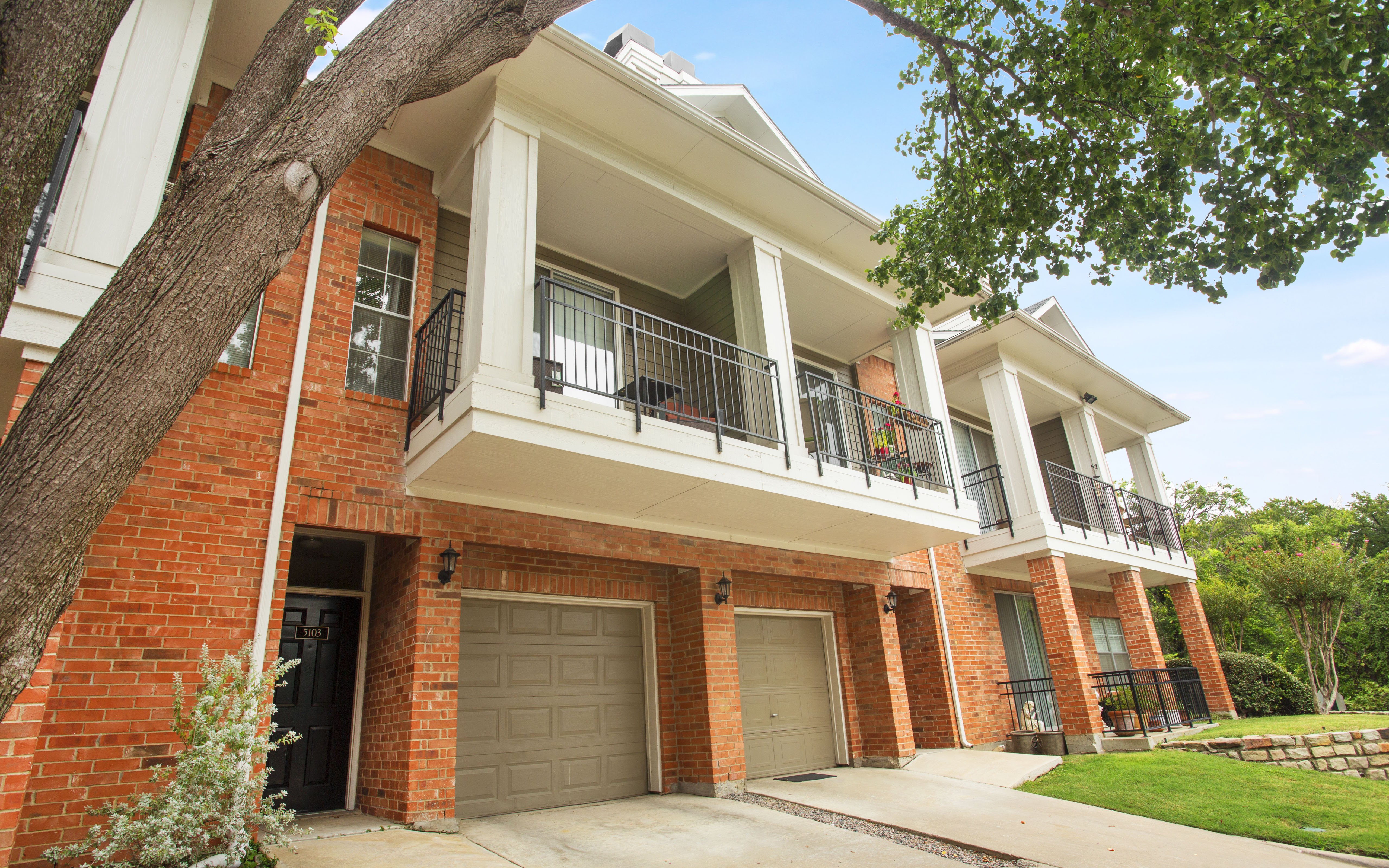 As Morguard continues to cultivate a distinguished real estate pedigree, there are perhaps no properties of theirs running smoother than those down in the heart of Texas. Adam Dolton has elevated his region’s operations to a new level of success by tackling each location with Fieldwire at his side. His trust in a modern construction management tool designed to streamline job site performance has more than paid off, and with plans to incorporate Fieldwire on other properties in the future, Morguard is set to capitalize even more in the days ahead.

“I would recommend Fieldwire to others, in fact I already have. I know we plan on using this going forward and expanding our uses of it for other construction activities.” 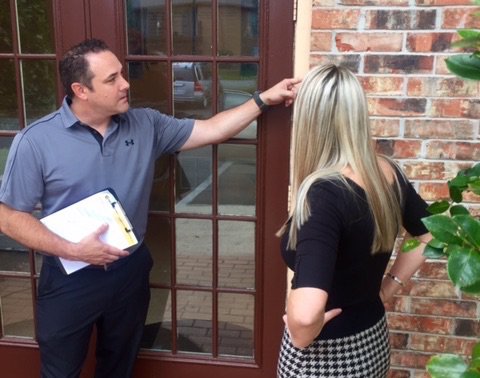