Is Automation a Threat to Construction Jobs?

Studies, debates, and news articles about automation have become commonplace. There is a growing uncertainty about which occupations, and more importantly how many jobs are at risk due to technological advances.

A recent study from the OECD - which regroups many western countries - divided jobs into four groups based on their automation risk. It was found that 46% of jobs are on the verge of being automated.

14% of jobs were found to be ‘highly automatable’ based on the current state of technological progress. Across the countries which participated in the study, this amounts to 66 million workers whose entire jobs could essentially be taken over and carried out by a computer or a machine. Another 32% of jobs were considered partially automatable. Sectors with the highest risk of automation included manufacturing and agriculture, but the construction industry isn't far behind, with an automation risk of just about 50%. 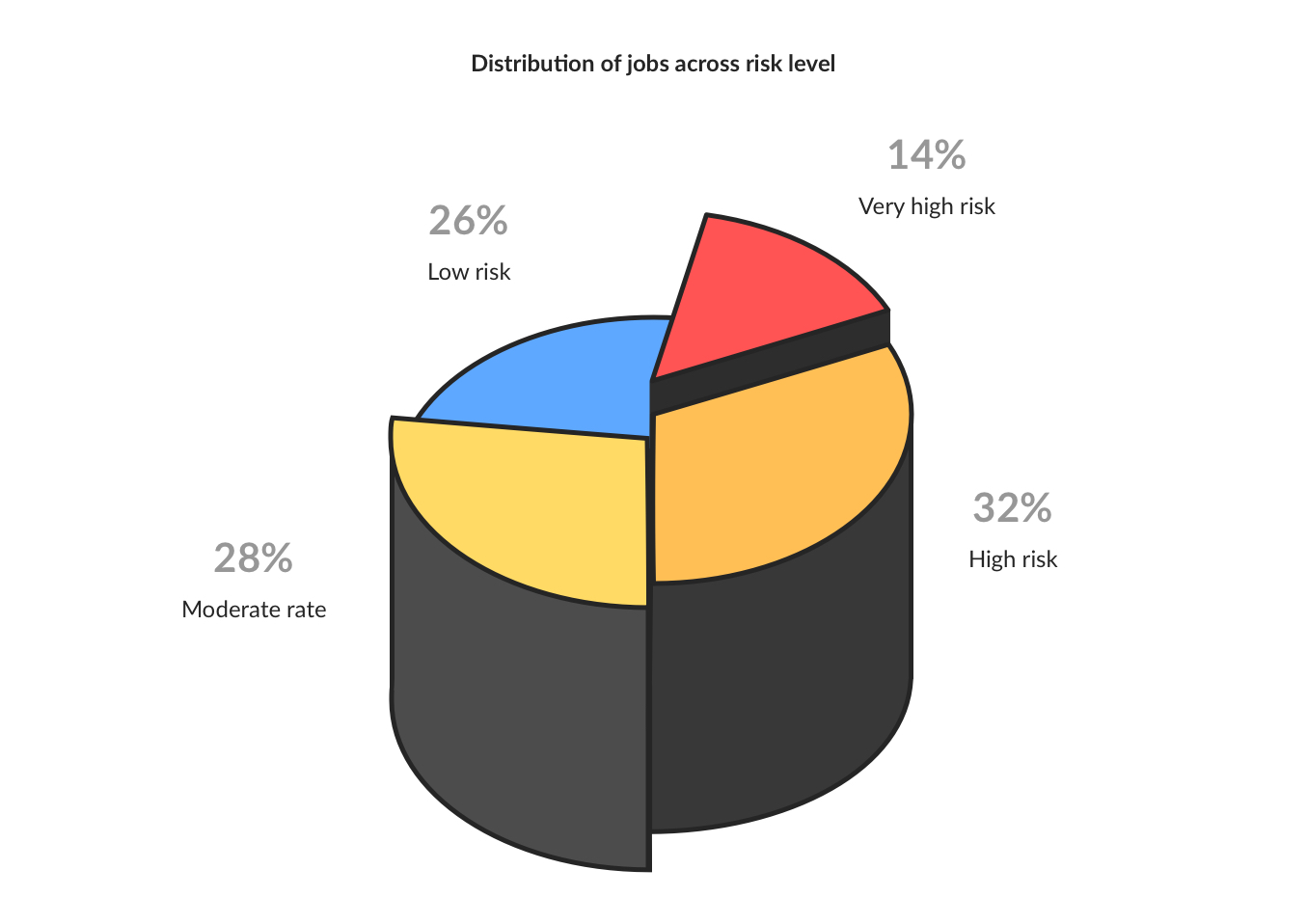 The study investigated the risks of job automation in a wide range of sectors across OECD member countries (including the US, Canada and most European countries). A positive correlation was found between automation risk and lower levels of education, as well as wages. At first glance, this could be perceived as a potential threat for unskilled or entry level construction labor. 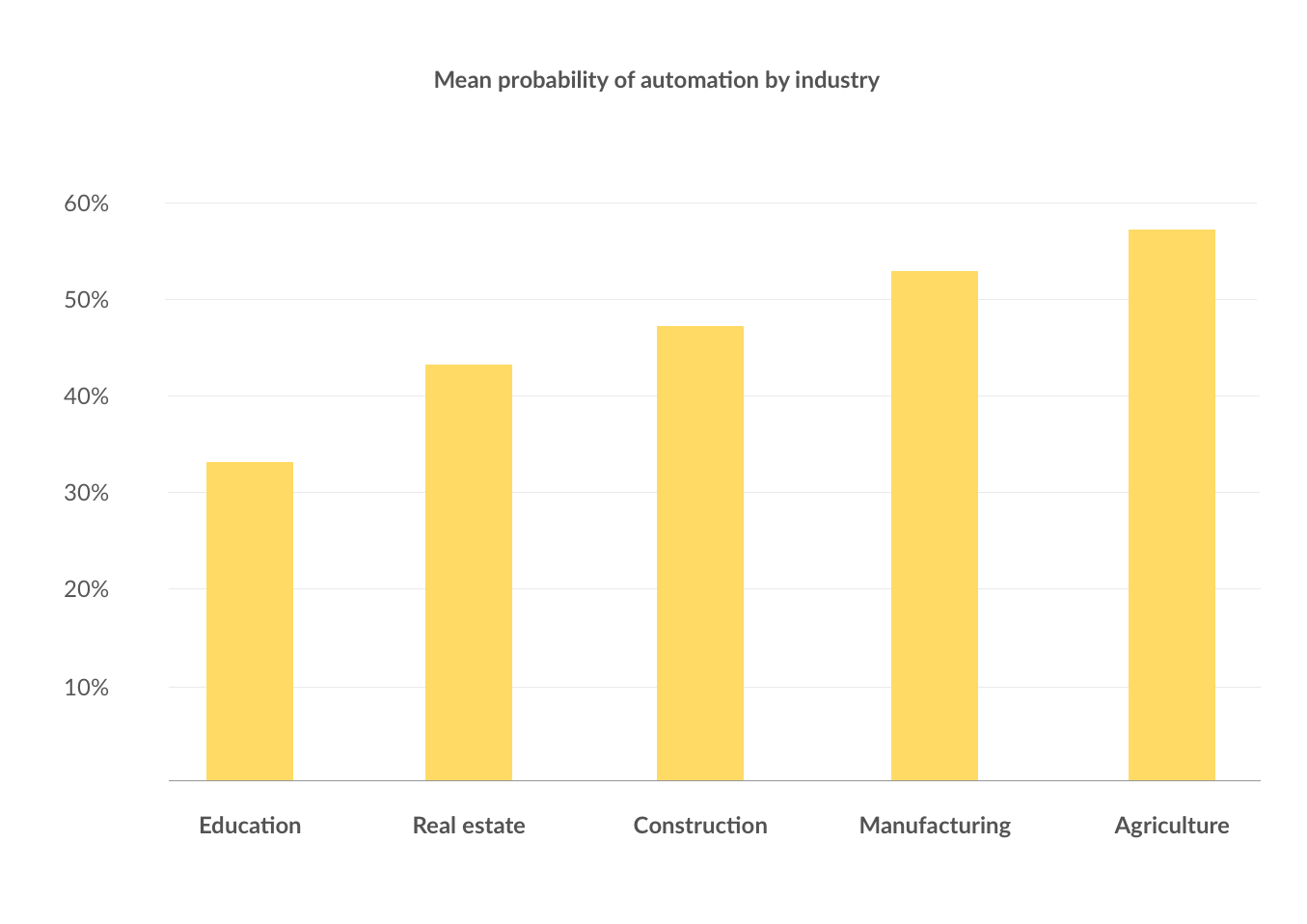 However, the study also identified 'engineering bottlenecks' as a barrier to automation. In the case of construction, this includes ‘perception and manipulation’ - typically tasks requiring manual dexterity or agility - or ‘cognitive intelligence’ - dealing with uncertainty and solving problems with complex or creative thinking.

As we all know, construction is not as easy to automate as manufacturing. There are many underlying reasons why a construction jobsite today still looks vastly different from a manufacturing plant. In the current state of technology, this tends to classify jobsite activities in the partially automatable category. However, if robots can now assemble Ikea furnitures, there is really no telling what's next. 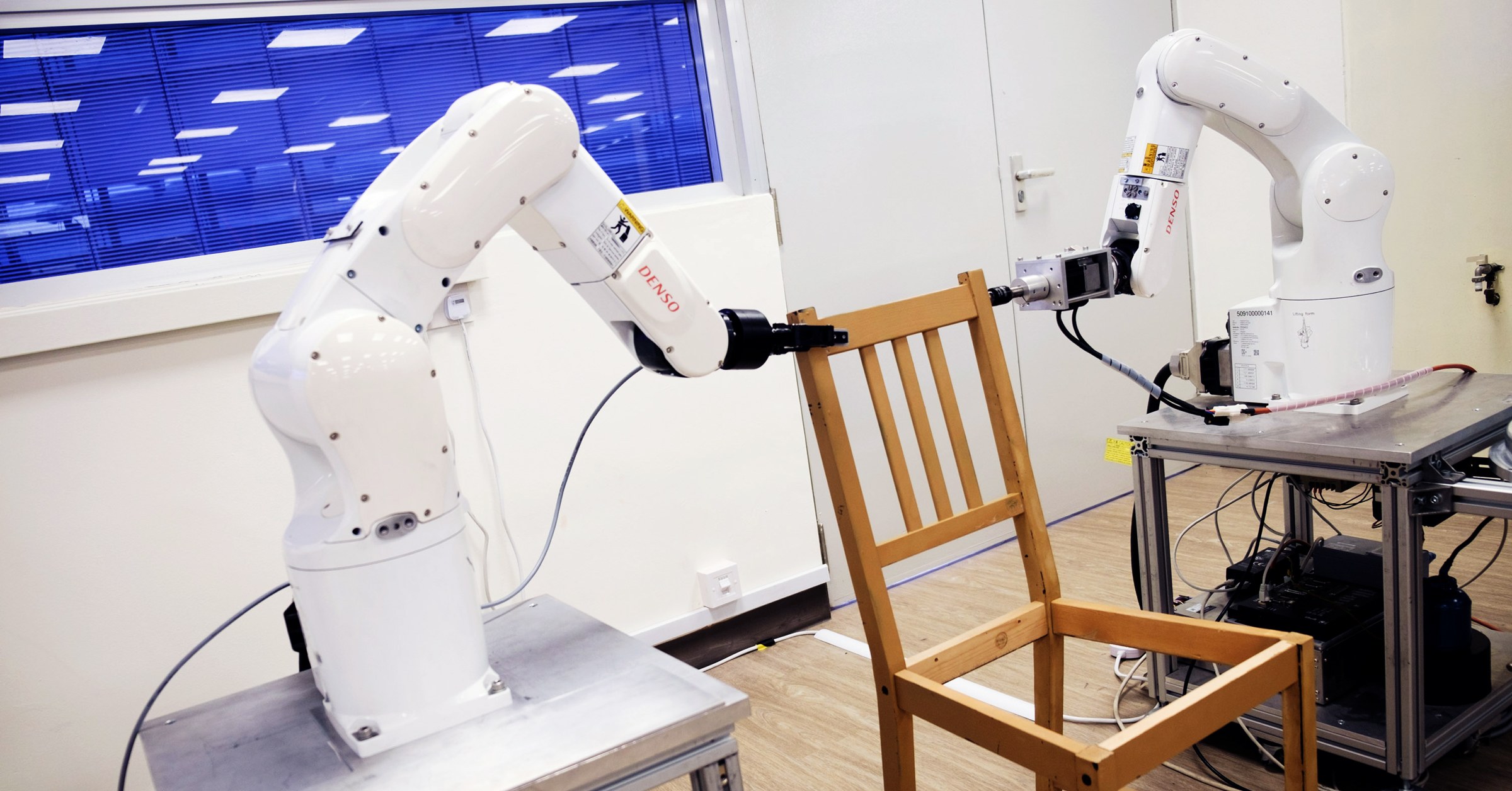 Beyond the word, automation is an important subject for the industry. As construction embraces more technology in its search for productivity, it has a choice to make between adopting technology that enhances the craftsmen rather than replaces them. Just as computers brought tremendous gain in productivity for scientists by freeing them from the time-consuming calculations, at Fieldwire we believe that technology can be used to generate similar benefits to those on the jobsite.

You can learn more about Fieldwire here.