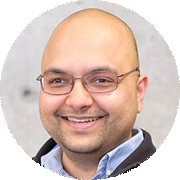 If you asked me five years ago whether it would be possible as a software engineer to work from a single platform, I would have probably told you ‘no.’ Because, like most people in similar roles, I needed separate tools for issue-tracking, real-time chat, and email just to do work.

Thankfully, though, this all changed when I started working at Fieldwire and realized I was wrong; there is a way to work efficiently and from one platform.

Why Fieldwire runs on Fieldwire

Fieldwire’s construction field management platform, as the name implies, is used by jobsite teams to coordinate tasks and streamline processes in the field. However, the more I continue to develop the platform, the more I realize how powerful it is — not only for jobsite construction teams but for software engineers like me.

Fieldwire uses Fieldwire internally — across the whole company including engineering, marketing, sales, and operations — to ensure work gets done in the quickest way possible and without any need for extra tools or emails. Instead of spending up to three hours in my inbox each day, I now spend about an hour in Fieldwire’s task dashboard, where all of my tasks for a given day, week, or month are listed in order of priority. Not only does this keep me organized but it saves me a lot of time and hassle as I no longer need to jump between my inbox, Jira, and the likes of Slack just to complete a task; everything I need to know is stored in Fieldwire.

The benefits of increased transparency

As the VP of engineering, I need to be across all of my own tasks, plus my entire teams’ tasks to understand what work is being done each day. From the task dashboard, I can see exactly what my software developers are working on, the pace at which they’re progressing, and any conversations happening around a particular task. This kind of transparency is especially helpful when it comes to answering questions about product releases my team is working on. For example, if the marketing manager says “hey Sameer, when is that new feature being released?” I just easily jump into Fieldwire, search for the relevant task, and communicate the release date in seconds — without having to send an email or ask around in the office.

Below is an example of one feature release I worked on recently with my team. It might seem relatively simple, but this task — to create a Gmail style pop-up alert in Fieldwire — has saved us from doing hours of unnecessary rework. 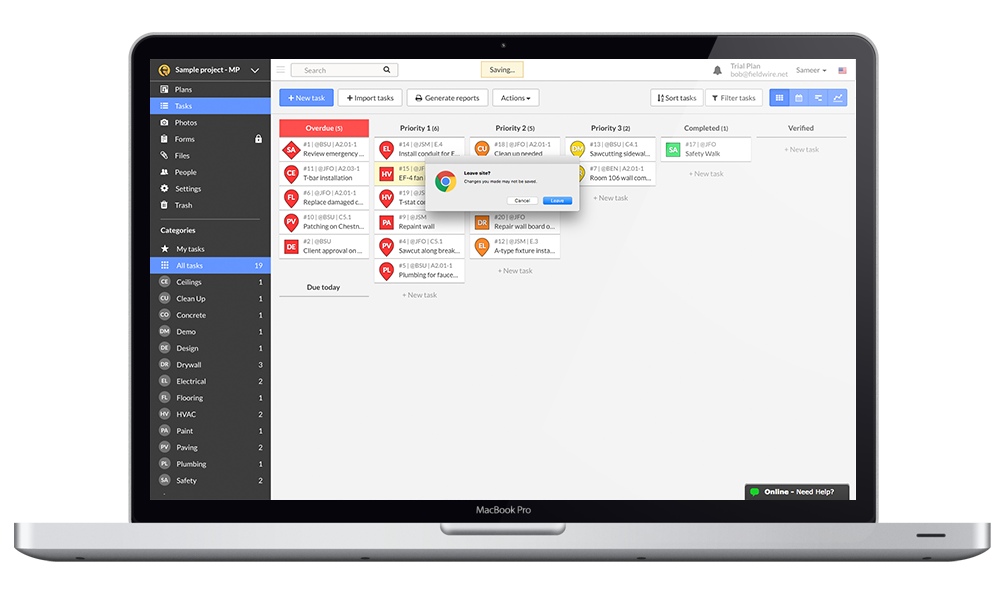 Wondering why we built this feature?

Fieldwire employees sometimes accidentally closed tasks or tabs in the middle of adding a message. And, unlike Gmail, Fieldwire used to not alert them to the fact that they were about to lose what they’d already written. Hence why I created a task in Fieldwire for my team to build a Gmail style alert which would pop-up on the screen every time someone was about to close a task that contained unsaved content — including files, images, and notes.

Fieldwire-specific features were leveraged when creating this task to ensure the work required was communicated clearly to everyone involved. A category of ‘Web App’ was used to identify the team responsible for completing the task, and a brief description (including some screenshots) was supplied for further context. The task was then assigned to Tyler Lu, who allocated one day in his two-week Sprint to complete this task. Tyler could explore ‘Related Tasks’ or send messages directly to other Fieldwire employees (which he did) from within the task to ask questions or simply communicate progress. This helped me stay abreast of all conversations that were being had prior to the feature’s release. 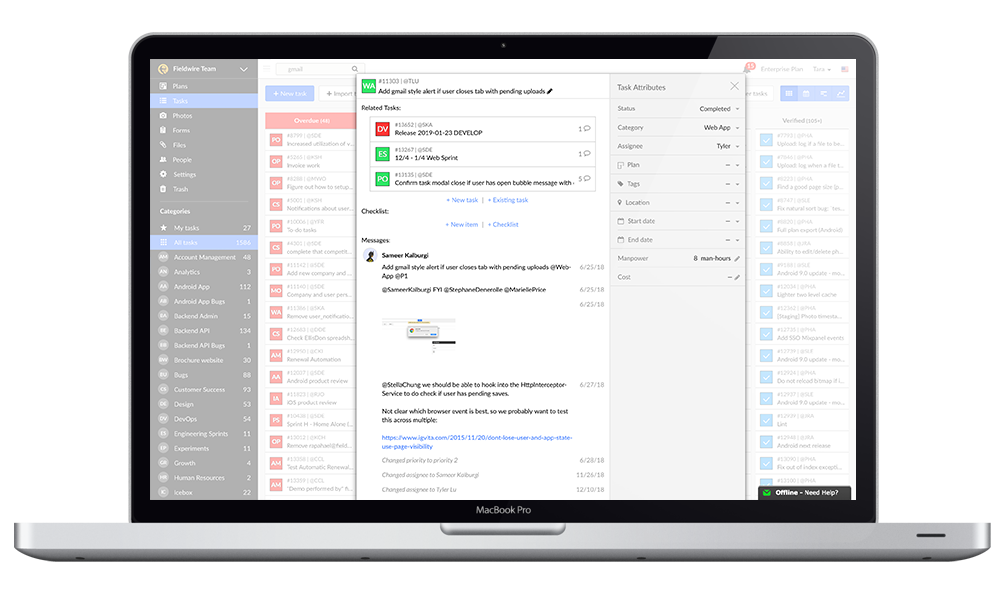 Besides the benefits gained with increased transparency, the best thing about Fieldwire, in my opinion, are the real-time notifications which alert me to change, remind me of pending tasks, and (ultimately) keep me productive. It’s the key feature I use to stay organized every day, especially when I have more than 100 tasks to stay on top of for a big release!

Technology has advanced in a way that makes it easy for any type of engineer — whether a software engineer or a civil engineer working on a jobsite — to work painlessly. If you’re interested in joining a company that works with the product it’s developing each day, we want to hear from you! Check out our list of job openings and follow the links to apply; we’re hiring across the entire company including on my team, construction, and sales.

If you’re specifically looking to improve productivity on an upcoming construction project, I highly recommend taking a look at Fieldwire — and you’ll see why we run Fieldwire on Fieldwire.