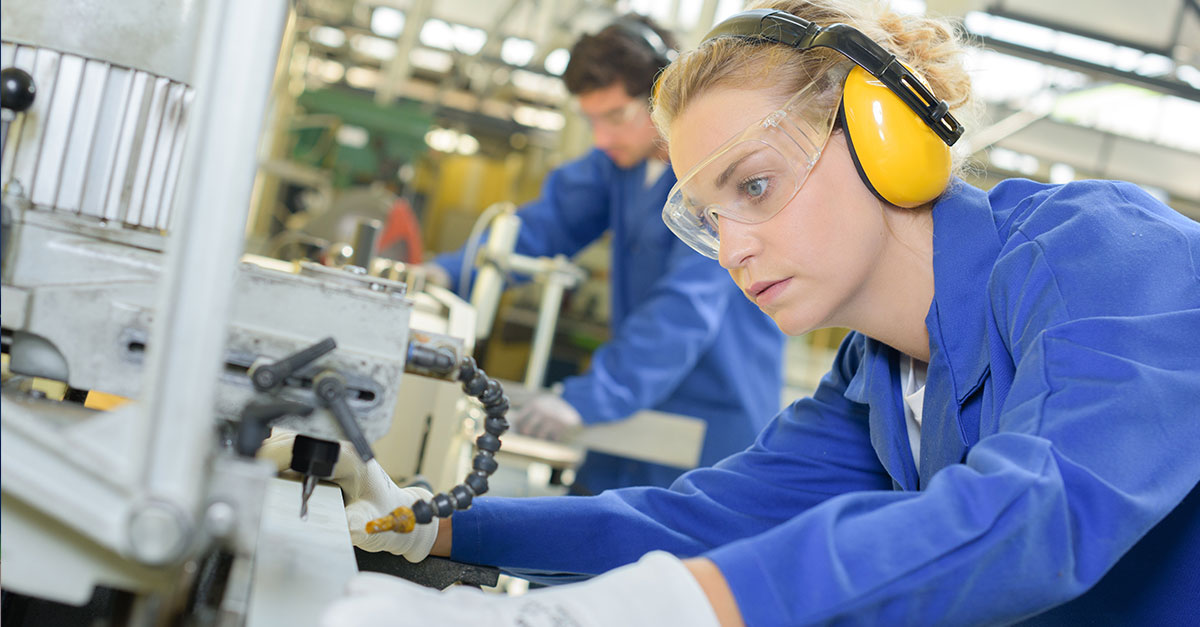 Here are three myths often linked to trade schools — especially trade schools for construction management — and a few reasons why they are not correct. 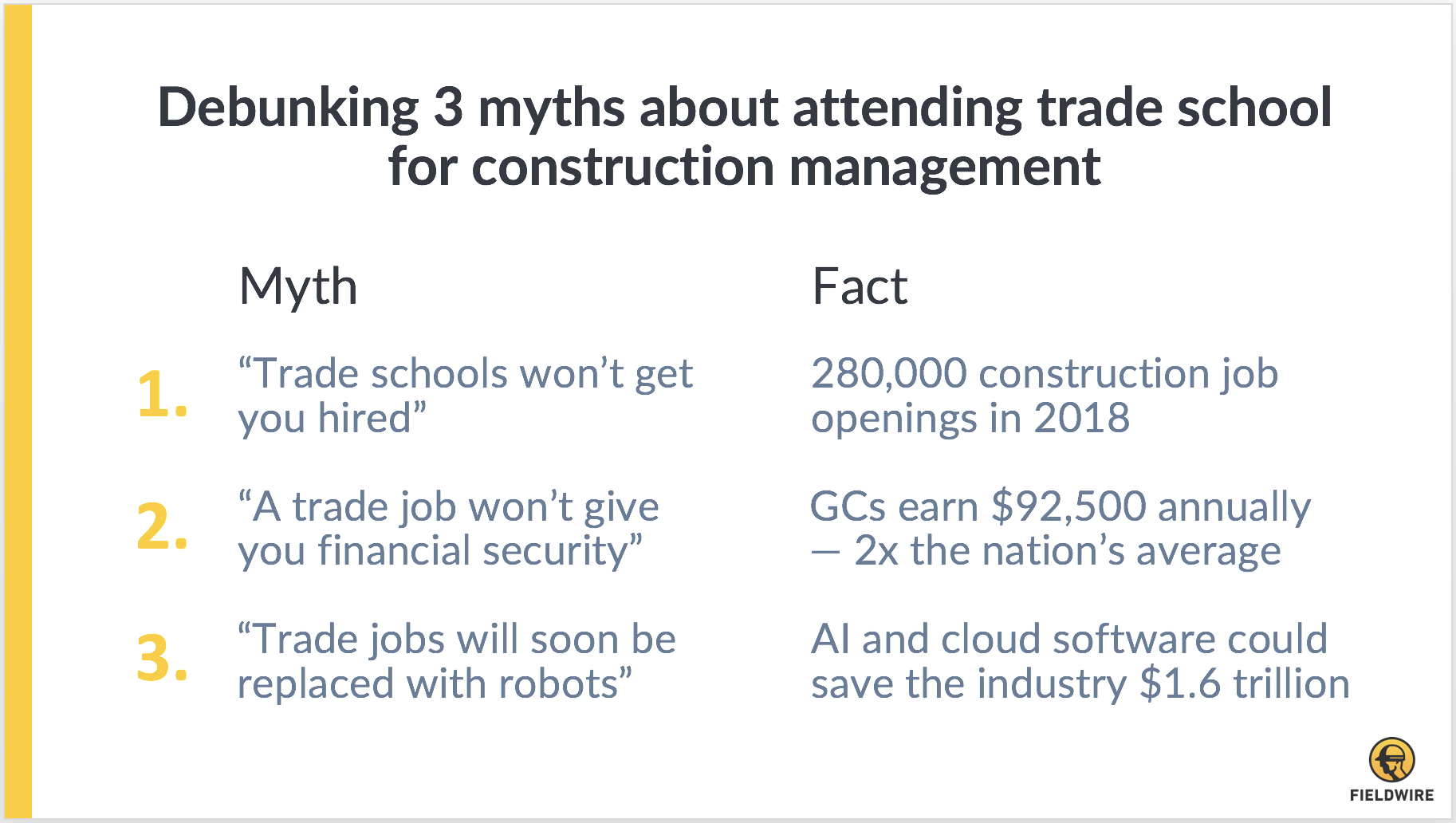 1. “Trade schools won’t get you hired”

The goal of any certificate, license, or degree is to secure a job at the end of the process, preferably one that will launch you into your desired career field. One myth attached to construction trade school certificates is that they do not lead to many job offers. However, this is especially untrue for those attending trade school to learn a skill associated with the construction industry.

According to BLS data, the unemployment rate for the construction industry (private wage and salary workers) in November 2018 was 3.9 percent, close to the national average of 3.7 percent (the lowest unemployment rate in nearly 50 years). The financial crisis of 2007 increased unemployment in construction and many workers did not return as the economy slowly made its way back.

However, many of those who continued working in construction now anticipate leaving the industry. In fact, more than 40 percent of construction workers are fast approaching their retirement. This is emphasized in the Job Openings and Labor Turnover report, which shows there were 278,000 construction job openings in September 2018 compared to 179,000 in September 2017 — more than 55 percent increase year over year.

Therefore, while the construction industry’s unemployment is slightly higher than the national average, this likely will not be the case for much longer. The labor shortage in construction is already widely reported, and the need to fill those spots will only become direr. Increased attendance to trade school for construction management will train a new group of workers to fill these much-needed spots, and it will do so with a generation known for being technologically savvy.

2. “Financial security can only be achieved with a college degree”

Perhaps the most popular myth is that trade schools do not pay off. Yes, the end goal of any education is to secure a good job and a comfortable wage. But this can certainly be achieved for a more reasonable price at a trade school for construction management.

According to the BLS Usual Weekly Earnings of Wage and Salary Workers report, for the third quarter of 2018, the median weekly earnings for United States workers were $887 — or $46,100 annually. Comparatively, the National Center for Construction Education and Research (NCCER) released its 2018 Construction Craft Salary Survey Results showing that general contractors can earn as much as $92,523 yearly - almost double the nation’s median. The survey also showed that specialty contractors can make as much as $71,067 yearly.

In contrast, new college graduates will make an average of $50,400 annually, according to a study by consulting firm Korn Ferry which analyzed 310,000 entry-level positions from nearly 1,000 organizations across the U.S. In addition to that starting salary, there’s something else college students often receive when they graduate — significant student loan debt.

According to debt.org, the average student loan debt for a college graduate in 2017 was $37,172 — almost 80 percent of their starting salary. The organization also estimates that the average debt for obtaining a Master of Education is $50,900 and $58,500 for a Master of Arts! Not to mention the pressure a financially-stressed student faces trying to secure a full-time job. According to career research site Zippia, this isnt the case for construction workers, who progress from managers, to supervisors, and superintendents within 10 years of entering the field, on average.”

3. “Trade jobs will soon be replaced with robots”

Who wants to spend time and money training for a career that might not exist in a few years? It is not a secret that Silicon Valley’s attempt to “disrupt” industries with automation has reduced employment in some fields. However, the construction industry is a complex and dynamic environment that’s much harder to automate than, for example, manufacturing and is avoiding this trend using construction management software such as Fieldwire, which aims to empower blue collar workers instead of replacing them. As Brad Bartholomew, co-owner of Bartholomew Heating and Cooling, said: “Skilled trades are very important, well paying, very well-respected jobs that can’t be moved out of the country or replaced by technology. These are jobs that are going to exist; that need to exist. We need this kind of work.”

Construction management software targeting the construction industry is helping workers — replacing older methods of communication to improve productivity and reduce busywork. Using software to automate redundant tasks enables craftspeople to focus on meaningful work and do that work for longer periods of time. Allowing robots — no fearing them — to perform physically demanding construction tasks could extend a workers career and attract more technically savvy people to the industry, especially those already attending a trade school for construction management.