Construction projects are teeming with a wide range of considerations at virtually all times, but safety is always the most important of those concerns. It ties into just about all other aspects of the project, and when it comes to fire safety, the best hands are needed to ensure the right precautions are in place.

Ogilvie Fire Protection specializes in both structural and passive fire safety, which involves surveying, reporting, and performing all fire protection work on behalf of their clients. Headquartered in Belfast, Northern Ireland, they focus their efforts throughout the United Kingdom on government-funded contracts such as schools or hospitals. Since the tragedy at Grenfell Tower in mid-2017, the demand for quality fire protection services has increased significantly, and Ogilvie Fire Protection has answered the call to help prevent such incidents from happening again.

“I’ve used lots of other mobile technologies in the past that are meant to do the job, but Fieldwire is the first I’ve come across in almost 20 years that actually does what it says it does.”

Raising the bar for quality

One of the main goals that Bruce Ogilvie had when he and his brother founded their fire protection firm was improving their quality assurance (QA) process. Although their company is relatively new to the sector, the brothers have over 40 years of experience in fire safety and technical rollout. Yet their trade requires close scrutiny and many legal requirements must be met in order to operate in the UK, so the old way of handling the work just wasn’t cutting it. As Operations Director, Bruce Ogilvie poured his passion for technology into his search for an efficient management tool, but found that most solutions were just too complicated or clunky to deliver the results that he wanted. That is, until he found Fieldwire. 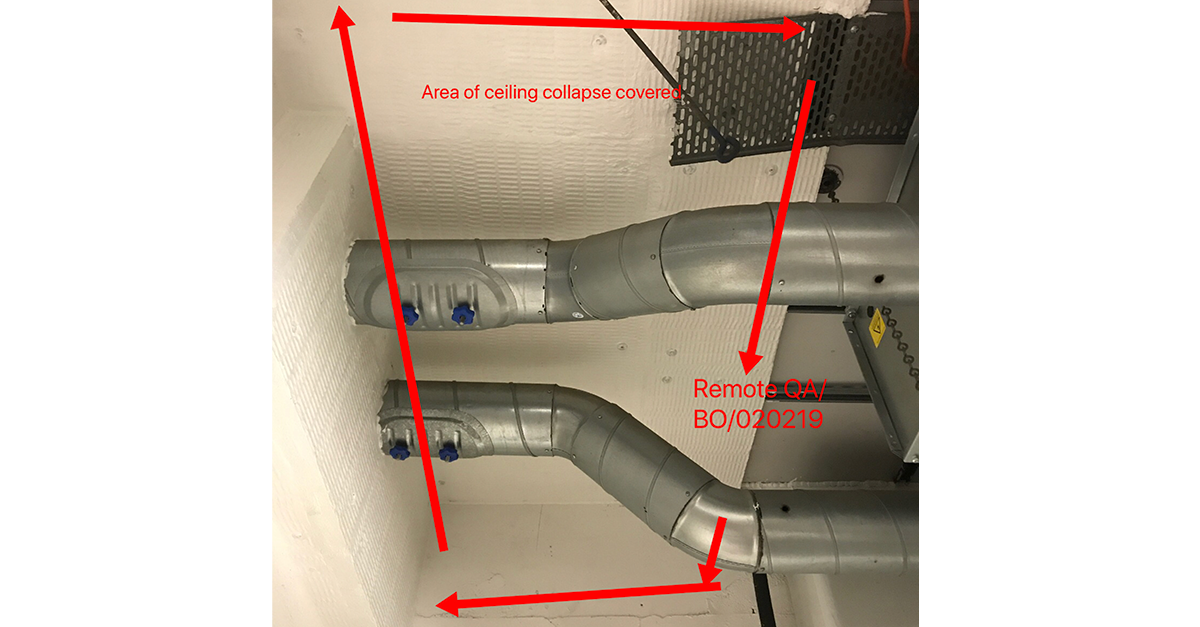 “We’ve been using Fieldwire with remarkable success due to the nature of what our guys do: managing tasks, showing progress, and demonstrating to our customers that we have a QA system that can’t be beaten by our competitors. I wanted to make it easier for us to do QA remotely; to be able to manage things from a distance, as opposed to needing to be on-site for everything. I also wanted to be able to communicate with on-site people more rapidly. It was challenging to do that effectively in the past without a tool like Fieldwire.”

The mobile construction app enables Ogilvie and his team to stay in touch and up-to-date regarding all job site developments, and replaces the overdrawn methods of the paper age. Documentation has never been easier to accomplish, and the app’s real-time syncing and task verification system means Ogilvie can be sure that their work not only meets regulation standards - it exceeds them. By eliminating repetitive surveying steps, they have more time to focus on the integrity of their efforts.

“When we started back in 2002, we were forced to use paper-based legacy QA procedures,” says Ogilvie. “Customers would have to wait 3-4 weeks for all of the data collected on paper to go through a protracted QA process, prior to knowing either what progress had been made or how much it was going to cost them. That wasn’t good enough for me, so I set to work trying to streamline the process so it would operate better for those that we work for. I evaluated four modern management systems for our business, and all of them except Fieldwire were useless when it came to addressing the needs of our customers. This would include tracking work in ceilings or confined spaces, either fitting new or repairing passive fire protection.”

“Being able to access information anytime and quickly extract it in a report really helps me accomplish things I wouldn’t have been able to do before.”

Saving time is one of Fieldwire’s core purposes, and Ogilvie has utilized the software for that very purpose with tremendous success. Quality assurance can afford no cut corners, not with such vital safety measures on the line, and the simplified yet robust capabilities offered by Fieldwire simultaneously reduce delays and strengthen diligence. Ogilvie has made it his mission to have his firm stand out in a sector that, in his estimation, has historically been characterized by poor workmanship and a lack of focus on the customer. Trusting his projects to Fieldwire’s care has helped him make that dream a reality.

“As Operations Director, I wanted to see what kind of information I could get to our workers in a timely manner, and everything from the browser version to the mobile app has helped me achieve that. Being able to access information anytime and quickly extract it in a report really helps me accomplish things I wouldn’t have been able to do before. It’s really cool and it makes my job and my life much, much easier.”

By housing all of their job photos, notes, and documents within Fieldwire, Ogilvie Fire Protection never needs to worry about locating important data. This culminates in the detailed task reports that Ogilvie regularly generates for clients. Streamlining on-site observations and duties isn’t just handy for his employees, it makes sharing them with owners and general contractors less cumbersome. Thus the convenience of reports stems from the high-level organization of the task system.

“The biggest advantage for me is that Fieldwire replaces the previous task management systems we were using, which are 25 years old,” says Ogilvie. “It would normally involve you taking pictures before doing anything, then taking more pictures after, then going out to the location and finding it on the drawing, then filling out the defect sheet and detailing all of the work. All of those things ordinarily take so much time. With Fieldwire, we just categorize each of the 6-7 common defects and label their respective tasks with those categories as we place them on the drawings. Photos can be taken using your phone within each task. When my customers ask for reports or updates on our progress, I can deliver it right to them without extra work. It’s saved us untold amounts of time.” 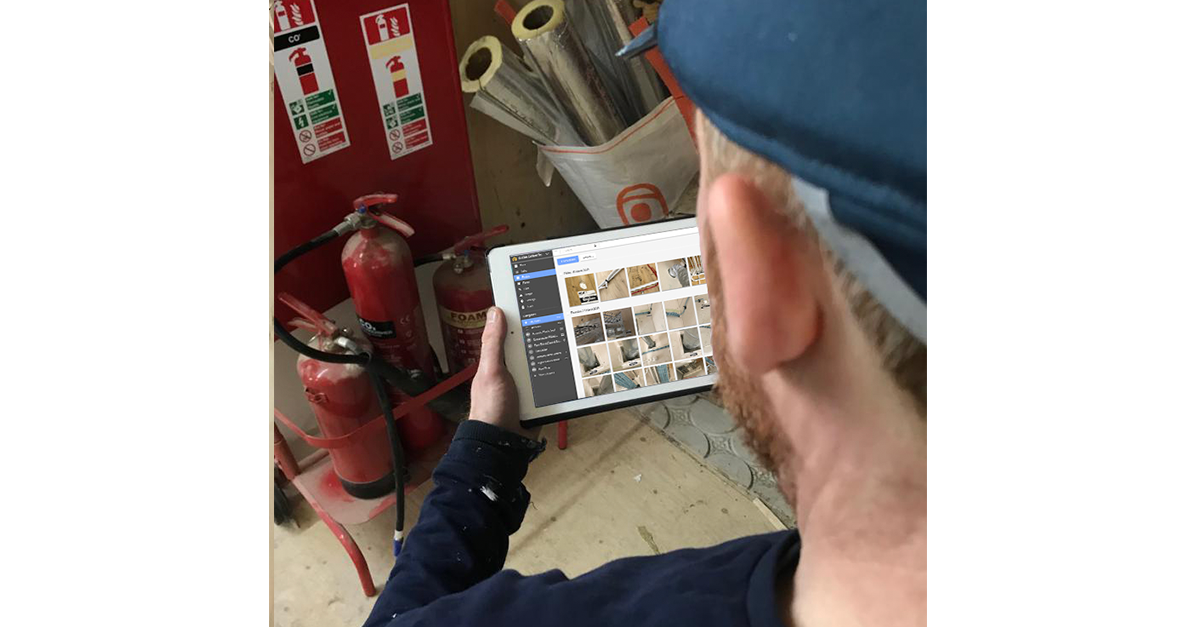 Similar advantages extend to their drawing management, as Fieldwire includes a full markup suite that helps Ogilvie’s team annotate and update sheets from out in the field. He has each worker choose a specific color for making all of his or her markups, that way he can easily distinguish who made which notes. They can attach new photos in tasks on the plan, or directly to the plan itself by using the app’s built-in camera, so every update can have photo evidence to back it up. Sending this data out in reports and as exported as-builts can also have the added benefit of clarifying any project schedule and budget issues.

“We were working on an occupied student accommodation in Northern England and were hired to clean a small riser cupboard and confirm the work had been done, and if not, we would have to clean up with remedial work. Prior to going on this job, our client would have asked us to use digital cameras and paper drawings. The site agent also wanted to be given something tangible so he could take it back to his own boss to show how long this would take, what the anticipated cost was, and so on.

“But by using Fieldwire, we were able to get in, do the job, and provide the site agent with an accurate report on what we did and what we expected could be done within a 6-week program. It enabled us to show him that the amount of requested work would actually take closer to 8 weeks to complete, and allowed us to communicate with other subcontractors on the job more clearly. We were able to keep them focused on the job, email them reports on a daily basis, and share lists of materials and instructions so they knew exactly what to do. It’s great for a whole host of things.”

"A huge advantage of Fieldwire is being able to take your phone out of your back pocket to check project information and add to it right there on-site."

Scheduling is a simple prospect in Fieldwire thanks to the task calendar that organizes Ogilvie’s tasks based on start and end dates. This is especially convenient for Ogilvie because his team has been rapidly growing; the company grew from 30 to 35 employees recently, and that number continues to climb week upon week. In addition to clearly arranging each person’s schedule, he can also track the amount of hours worked and costs spent on the job within their Fieldwire tasks. This data is then collected in graphs or in a spreadsheet task report, so Ogilvie can assess productivity and finances. The ease of use and effectiveness of Fieldwire is helping Ogilvie realize another goal: eliminating the skill and knowledge gap between different generations of workers.

“Our younger guys got used to using Fieldwire within 10 minutes. They got a grasp on the core functions, and as they used it more they found new features that even I didn’t know about. The older guys, who are in their late 50’s and have been in the industry for 25-30 years, got used to it after about half a day. Once they adjusted to using a mobile device on-site, they felt comfortable viewing drawings and tracking their work with it. I think the greatest thing about Fieldwire is how easy it is to use. It’s been easy to get people who may not have much experience with technology like this to become relaxed with it.” 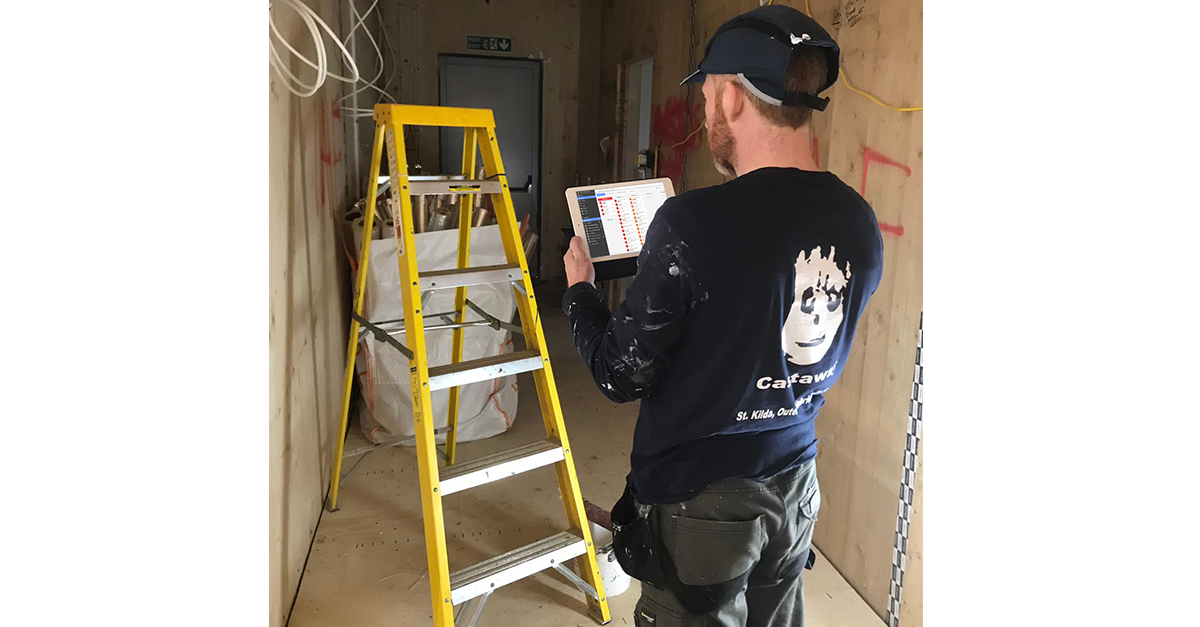 Bruce Ogilvie and his firm remain committed to providing top notch fire protection services throughout the UK, and adopting Fieldwire in their daily operations has helped them excel in this pursuit. All of their quality assurance, reporting, and job site documentation needs are efficiently handled within the app, allowing them to focus their undivided attention on fostering safety in a wealth of major new builds. By embracing innovation, Ogilvie Fire Protection is leading the way in advances for their industry’s standards.

“We’ve built all of our existing processes around Fieldwire. It’s a really, really useful tool. We like to tell any major contractors, customers, or individuals who work for us about it. It’s actually great for us, as a new business in this sector, because it makes all of the others look like dinosaurs. So it’s win-win for us.

“The three main companies that we work for are all asking me to help them start running Fieldwire, which I’m happy to do since I think it’s a great system that will make everyone’s lives easier. I know there are a ton of other trades in the UK that can benefit from using it as well.”