How We Use Fieldwire: EllisDon and Brookfield 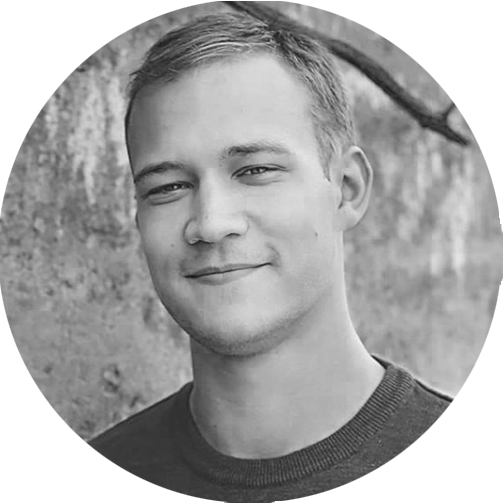 Earlier this summer, our VP of Construction, Marielle Price, joined Drew Woods, Assistant Project Manager at EllisDon, and Mike Simon, Operations Manager at Brookfield on stage at CanBim Calgary to talk about how field management software improves the process of project handover from construction to operations and maintenance.

While Fieldwire was also used by EllisDon in the construction phase of the project, the focus of the presentation was to show how Fieldwire is used to improve the transition to operating Phase 1 of Brookfield Place Calgary — a 60-story, 1.6 million square foot office tower.

Trying to understand how best to manage a massive project through paper documentation alone is like teaching someone to drive by having them read the car’s owner’s manual. It might work, but there must be a better way. Instead of using this antiquated method, the construction team tracked all their drawings, changes, and documentation through Fieldwire.

“The general contractor will typically hand a bunch of binders, drawings, and files over to our operations and maintenance team and just say, ‘Okay, we’re done in your building. Here you go. Have fun.’ Thankfully, [with Fieldwire] things have definitely improved.”

This enabled the two teams to work hand-in-hand to make sure construction was completed up to standard, and then smoothly transition to the operations phase. Near the end of construction, Brookfield’s operations team was on the jobsite every day inspecting the remaining work. Whenever a deficiency was found, the operations team could quickly mark it via Fieldwire’s mobile application, and task the right team on the contractor side to fix the issue. Once the task was complete, EllisDon updated the task within Fieldwire, even uploading photos so that the operations team could verify that the problem had been corrected. This process helped the two teams to communicate more effectively than was possible in the past. Ultimately, this enabled them to reach closeout much faster.

“I used the Fieldwire app as I walked around to find out a task has already been assigned to the sprinkler contractor, or to the electrician, without having to go back to the EllisDon. Having a single source of data is great.”

While communication between the two teams was important, it was not the only area that was improved with Fieldwire. Managing subcontractors and providing a “single-source of truth” for everyone involved was also very important to the project’s success. By having all of their superintendents and foreman trained on Fieldwire, EllisDon was able to ensure that everyone working on the project was looking at the same set of plans. The ability to markup drawings in the field and export their as-built drawings saved EllisDon a great deal of time and kept their team on the same page. Rework and waste are prevalent on large projects. Fieldwire’s unique capabilities, including the ability to export as-built drawings, not only saved time, it also increased transparency across the whole team.

“Fieldwire is really handy to have in the field not only during construction, but also during the close-out and the deficiency management phase.” 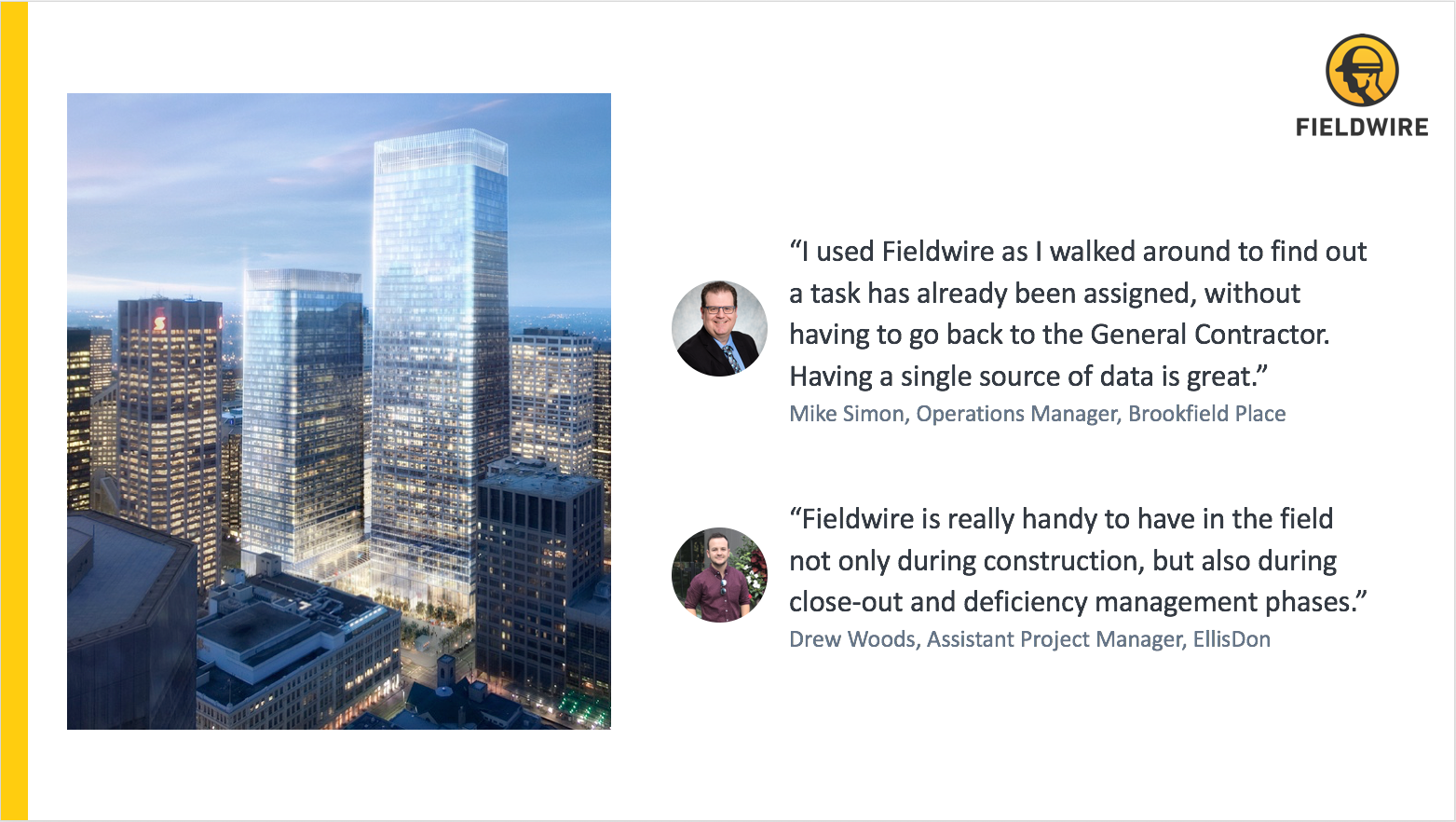 When construction reached completion, the management team was able to view every detail of construction in Fieldwire. As-built drawings, completed tasks, quality-assurance inspections, and documentation of every aspect of the project became available to the operations team. While this may seem like an overwhelming amount of information, as the project owners, Brookfield’s team was able to swiftly “drill down” to find historical data. Without a tagging system, electronic documentation would be no different than the antiquated stacks of binders.

Now that the building is occupied with tenants, Brookfield’s team uses Fieldwire to track maintenance and problem areas around the building. For example, issues ranging from trip hazards to HVAC calls to damage caused by local skateboarders are all tracked and documented via Fieldwire. This not only allows maintenance to remedy the issues more quickly, it enables them to keep a record of maintenance performed on the building. They are able to identify issues that keep popping up, and take the appropriate steps to remedy them.

“Brookfield is taking over EllisDon’s Fieldwire account for Brookfield Place, so all that  historical data stays live and is moved from a construction software into an inspection and documentation software for us. We’re covering all of our health and safety inspections that way.”

Whether a project is in the early stages of construction, nearing completion, or already in the operations phase, Fieldwire’s unique set of tools can come in handy. The Brookfield Place project is proof that having the right tools for the job can make all the difference.

Want to learn more? Watch the entire 30-minute discussion or request a demo of Fieldwire today to learn more about how it can help project owners seamlessly receive completed projects from General Contractors.