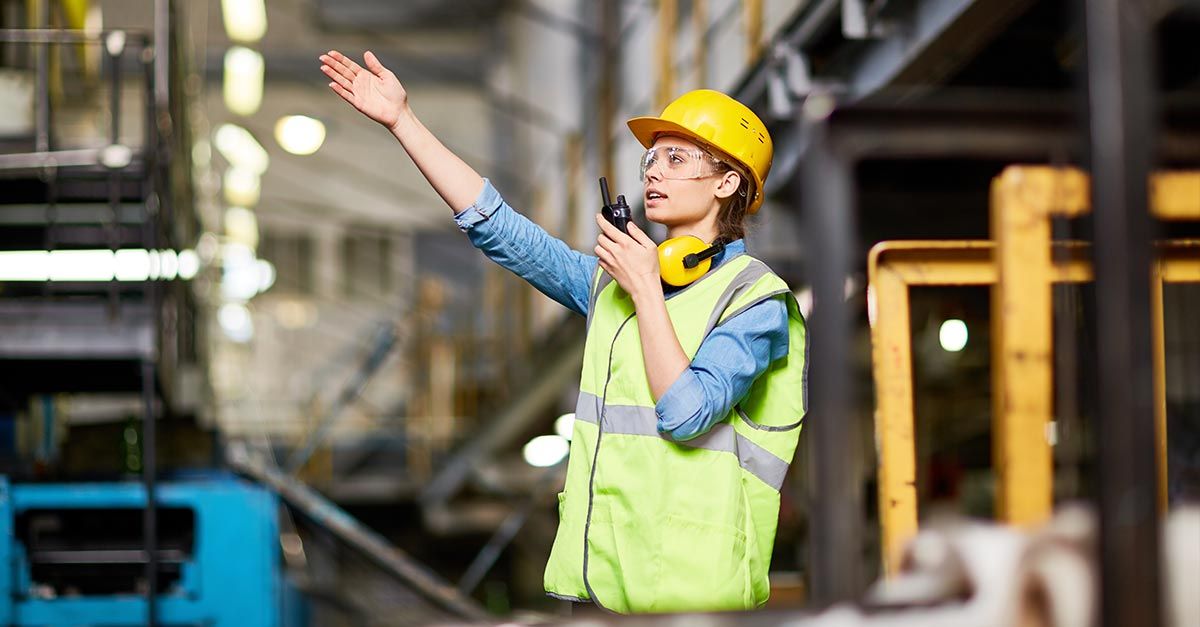 If you’re a woman working in the post-pandemic world, construction isn’t a bad place to be. While there is still a wage gap between men and women, it’s less than in other industries, with women earning 99.1% of what their male counterparts make.

The pandemic hasn’t slowed things down, either. A survey of 700 women in construction in March found that 58% said they’re working about the same compared with before the pandemic, while nearly one-third (32%) said they’re working more, and only 1 in 10 reported working fewer hours. Meanwhile, 71% said opportunities are on the increase, while 28% said they were about the same, leaving just 1% to report they were declining.

Restaurant, retail, and travel industry closures hit women in those industries hard. Employment in February was down by 383,000 jobs compared with the year-earlier total in retail alone. Leisure and hospitality employment job losses were even worse, at 3.9 million.

Although many jobs in the latter sector are opening back up as travel and tourism increase, many displaced workers will see a chance to shift gears and find opportunities await in construction, where a March estimate identified a need for 200,000 skilled craft professionals. And these positions pay well, upwards of $66,000 for a carpenter, for example. To compare, a general contractor can make an average salary of $70,000 to $95,000 a year.

There’s room for growth, too: Women make up just 10.3% of the construction workforce, which means there’s both a challenge and an opportunity.

Many women may not even consider construction because of stereotypes that have kept trade industries male-dominated for some time. Media representations from Bob the Builder to Wreck it Ralph to Tim Allen’s Home Improvement are geared toward male audiences.

Women, meanwhile, have been dismissed as no longer “needed” in construction jobs.This is similar to what happened after World War II ended, with “homemaker” conventions resurfacing to replace Rosie the Riveter.

It’s still assumed by many that construction is a male industry. But that’s simply a false assumption, and it’s limiting both women and the companies that could be benefiting from their talents.

Challenging those stereotypes will be important moving forward in order to take advantage of opportunities that are opening up. A more diverse workforce increases the labor pool. It also boosts productivity and provides a greater variety of perspectives to promote innovation and better decision-making.

From drones and artificial intelligence to 3D printing and modeling, construction technology is becoming more relevant by the day. As the industry as a whole embraces data as a driving factor in decision-making, it is becoming more obvious that the soft skills women bring to the table as effective communicators and team players improve both productivity and safety. That means, for women in tech, the emphasis on working smarter could help them get their foot in the proverbial door.

Similarly, emerging trends in construction will expand opportunities for women in tech to break into adjacent industries. For example, new directives designed to address the climate crisis have resulted in an industry-wide push to achieve net-zero energy in both new construction and retrofitting. As a result, subcontractors in heating, plumbing, electrical, and alternative energy (to name a few) will be looking for sustainability experts to help them “go green” and stay relevant.

As of 2016, more than one-third of carpenters (33.6%) were self-employed, nearly 42% of floor layers were, along with 38% of construction managers and 41.3% of construction and maintenance painters.

That means there’s plenty of opportunity to be your own boss under the right conditions. Of course, that takes understanding things like the need for various kinds of insurance, such as workers’ compensation (if you have employees), property and liability, and general liability.

It also means having enough capital and credit to make a go of it. If you’re thinking of going into business yourself, now is the time to get your finances in order so you’ll be in a position to invest in yourself and your company. As an added bonus, taking steps to build your credit can save you up to $11,460 per year in interest rates and fees on loans and credit cards.
## Alternatives are Available If you have taken time off from your career, either due to the pandemic or personal reasons, you have options. Returnships encourage professionals who’ve taken a break from the workforce to get back in the game.

These paid internships allow companies and potential employees to get a feel for each other and provide training that can help in the long run, whether you wind up with that particular company or not. Companies like CDM Smith and Caterpillar are among those that offer or have offered returnships, often with a focus on women.

Opportunities in construction will continue to expand, but as stereotypes persist, it’s important for women to remain confident in what they have to offer, because it’s significant. Women can provide a broader and more diverse pool of labor and ideas that will serve the construction industry well in the years to come.

Jessica Larson is a married Midwestern mom and a solopreneur. She creates online courses for students, and has started and run several other businesses through the years. Her goals are to support her family while still actually spending time with them, to act as an entrepreneurial role model for her two daughters, and to share what she has learned through The Solopreneur Journal.