How We Did It: Our Switchover from PlanGrid to Fieldwire 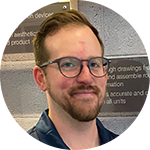 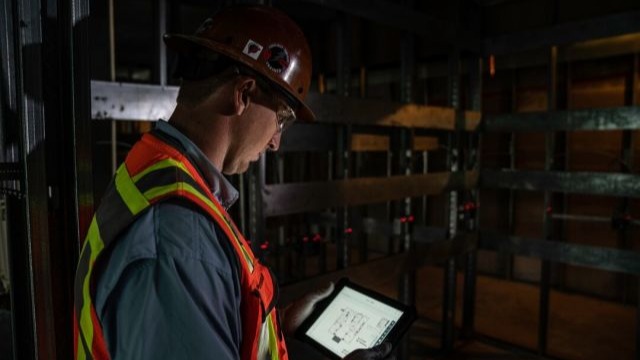 Brad Moore is the Construction Technology Program Manager for Power Design, a subcontractor firm ranked #42 on ENR’s list of top specialty contractors and #16 for electrical contractors. Brad recently spearheaded Power Design’s migration off PlanGrid and onto Fieldwire, citing Fieldwire’s superior ease-of-use and scalability as reasons he championed the switch.

Brad and the Power Design team navigated the switchover for Power Design with support from Fieldwire. Here’s how they moved $1.4 billion in projects to Fieldwire without incurring any downtime for the company.

Looking for a solution: Clark’s using what?

The process of switching from PlanGrid to Fieldwire started halfway through 2018. At that time, we were looking to move from PlanGrid to BIM 360, an Autodesk product. I did a lot of research comparing BIM 360 with PlanGrid — and then found out that Autodesk was purchasing PlanGrid. That muddied the water in terms of what we’d get with either of these products — they were going to be owned by the same company. What does it mean when tech giant Autodesk buys the other big player in this arena? We had no idea, but neither did they.

So we went back to the drawing board.

It just so happens that we’re partners with Clark Construction, who were adopters of Fieldwire. We’d also heard of Fieldwire from other people in the industry. When Fieldwire came across my desk again, we were like, OK, there’s this thing now.

We started the vetting process all over again. Ultimately, we were looking for a company that we could depend on as a business and tech partner. And, of course, a solid platform that works right now.

Digging into Fieldwire, I found it checked a ton of boxes for us. The feeling in the beginning was, This isn’t exactly what we’re used to, but it could work nicely. Fieldwire seemed to be made for businesses like ours, designed specifically for teams in the field. We decided to make the switch.

Then we got real and took the next step. For us, that was setting up about six pilot projects, manually transitioning plans from PlanGrid to Fieldwire.

We hooked up with a few of Fieldwire’s customers who had switched from other platforms, and they told us what their process for conversion was like. Some companies transition more slowly — they’ll do new projects in Fieldwire and phase out PlanGrid when projects end. But Power Design doesn’t do anything halfway, so we were just like, Go for it — we’re all in. Our goal was ambitious, to be 100% off from PlanGrid by the end of the year. So for 2020, we’re 100% Fieldwire.

Then I had an uh-oh moment. We needed to figure out how to do it, where to draw the line, and how to make it work with the timeline we set. We also needed to consider the timelines of all the projects that we were working on — including the phases that they were in and the tools being used on them.

We looked into the backend APIs for Fieldwire and PlanGrid and what we had access to. We needed PlanGrid’s API to extract our data, as well as resources who were available to help us.

When we were ready to deploy Fieldwire in the field, we asked: Who’s going to get it? When are they going to get it? How are we going to roll this out across eight different regions of the country? What’s the timeline, and how does it line up with our other initiatives?

I went to our internal training department, who coordinates our regional meetings, and told them, “We decided we need to facilitate Fieldwire training through group gatherings.” It was all about timing. We have 2,100 users in our company — about 600 on our company’s campus and the rest in the field. We also had 2,000 iPads loaded with Fieldwire to deploy to.

When it came time for implementation, we had answers to a few questions:
Who? Literally everyone in the company because that’s who we wanted to expand it to.
When? We had to do training, but still needed to figure out, How do we keep the training fresh in their minds? How do we give everyone the information they need and very quickly after that put them in the application?

We aligned everything so that several regional training sessions could take place over seven weeks. We scheduled a series of communications and trainings for the office staff, field staff, and our support departments.

Empowering our team in 2 hours

Two weeks before the first regional training, we sent an email to everybody that explained that we were moving to Fieldwire. The email included an invite to log in and a note that said we’ll explain more in a little bit: “Explore if you want, Fieldwire is coming. It’s coming, it’s coming, it’s coming.” We sent a couple more teaser emails in the weeks leading up to the roll-out with instructions about setting up accounts, user management, managing documents, and more. 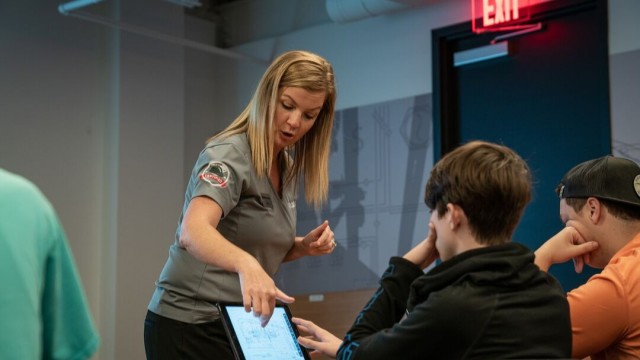 Moving 222 projects and half a million sheets to Fieldwire

Ahead of the actual switchover, we emailed everyone that the migration was coming that weekend, how it would go down, and that we were swapping out old iPads for new ones in the field.

Then, on the Friday before the weekend of the switch, we emailed that projects were going dark over the weekend while we were migrating.

I worked with our developer to automate the migration. That first weekend we did 58 projects right out of the gate. We hit pretty much all of them with only a single glitch — trouble extracting a file from PlanGrid — that we were able to solve for quickly.

Even that we had a communication plan in place for: “Listen, we’re experiencing a glitch, just hang tight.” It was a lot of rolling with everything as we went along.

That Monday morning after the first migration, we sent out an email saying, “We’re live, so let us know if you have any problems.” Meanwhile, my coworker and I QC’ed the whole thing and made sure everything was good to go.

The cycle of trainings, communications, roll-outs, and QCing lasted eight weeks — seven weekends. We’re up to 222 projects, half a million sheets, another 100,000 documents, photos, and other files. It wound up being about 2 TB of raw data that we transferred over. We did trainings in 15 different cities though all our projects stretch across 71 cities.

My advice: Find champions in the field and from leadership

My advice to anyone considering a switch is if you’re going to do it, do it. You definitely can’t do it halfway. The other way of switching — the slow, new projects-only approach — waters down the effect of switching. Do it all at once and make a bigger impact.

The other advice I have is to enlist a pilot group. We did at least one pilot group in each region we serve. Having guys from these groups who are strong players and known amongst the other team members helped us out when it came to the shock factor. Having someone say, “Hey, it’s a good product,” calms a lot of nerves that result from, “You’re doing what with all my plans and documentation?”

It also helped to let everyone know that we’d thought about everything that they’re required to do, what their day-to-day life will be like, and how the platform does all the work.

Getting leadership buy-in was about helping everybody understand the why of the switch. We want to be a company that is built to last, and we want to expand our user base. We explained that Fieldwire has strong features for task management which are more field-forward. And Fieldwire opens up a lot of room for future initiatives that we’ll be diving into next year.

Once we got people into the application and past the shock factor, they found that Fieldwire makes sense. The field has been digging it. We’re over the hurdle of the transitional period. There’s how we had been doing things before, and here’s how it is now.

Learn more about Power Design’s switch from PlanGrid to Fieldwire!