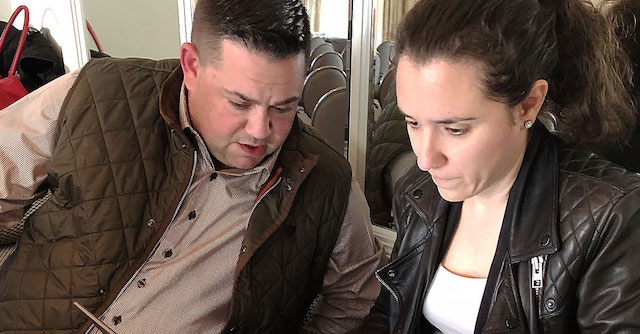 Jessica is Holt’s Technology and Business Systems Manager, coordinating any and all technology-related initiatives at Holt with a focus on software, user interface, and training.

Did you join Holt with a construction background?

I came with no construction. I studied film in college and worked in audio studios while I was studying for my MBA.

At one point, I wanted to do something different for work. My father works at Holt and Holt is a family business, so it was a good fit. I started as an associate PM — technically, I was a project coordinator — and then was pulled into IT.

How did you adjust to working in construction?

For my MBA, I took some PM classes, but they were not geared to construction. For my job, I took a few project management and accounting classes online and at NYU to learn more. Fortunately, my dad helped me with construction knowledge.

For me, the biggest hurdle in construction is that it’s so behind the times technology-wise. In a lot of ways, it made the transition harder. We didn’t have a solution before Fieldwire. At this point in time, supers walking around jobsites with paper drawings is kind of crazy. Being behind the times in technology is problematic.

What’s a typical day at Holt look like for you?

No two days are identical. I rotate through our local New York metro offices — I try to hit each of our offices once a week — Newark, NYC, Pearl River, and Rosedale. Sometimes I’ll go to Boston, Philly, and our offices in Texas.

A large proportion of my day is spent on calls, emailing, and answering questions in person. I have two primary responsibilities, software training and troubleshooting. That could be fixing a mistake or manipulating a plan in Fieldwire, for instance.

I also work on FAQs about our software and develop training materials and videos. Fieldwire did a training we recorded which I cleaned up and added to our learning platform.

And I’m in charge of tech onboarding for new hires, so I train supers on Fieldwire, entering their daily reports, filling out safety forms, and in general how to use iPhones and iPads.

What challenges have you faced as a woman in construction?

The general vibe can be a challenge. Not within Holt, but when talking to subs and others in the field, I sometimes get the feeling that people don’t think I understand what they’re talking about. I have to go the extra mile to prove that I know the details. Subs may take something a man says slightly more seriously than what I say.

Within Holt, I’ve never run into problems. At Holt, women get the same opportunities as the guys do.

But in general, when I’m talking to outside people, I have to put in 110% to prove I’m at the base level of someone else. 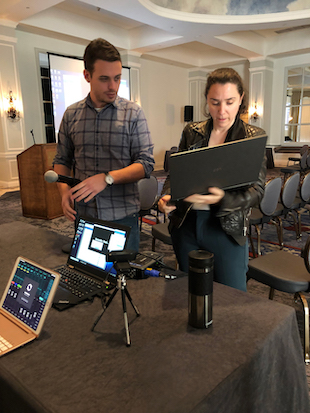 The best advice I’ve received was from Chris Asaro, the president of the company. After I’d been here a bit and was deciding what I wanted to do long-term, he told me, “Be indispensable to as many people as possible.” He wants me to help as many people in different departments I can, so I don’t get boxed into one thing. That’s how I got into IT.

Have you had mentors at Holt?

Everyone at Holt is open to mentoring and helping each other out. My mentors have been Alex Perotti, Director of Operations, and Jason Spector, Director of Field Operations. These people are very knowledgeable — they’ve answered all the questions I’ve ever had.

Every construction company could use more women — that’s always a sticking point. Alex is a member of Women in Construction. And another coworker who helps me a lot, Antonina Caruso, is in a lot of women’s organizations. In general, this company has always been very welcoming and open. We’re starting an internal women’s organization with monthly speakers.

And of course I’m really lucky to have my father here. Before Holt, I was never in construction per se, but my father always has been. He re-did our house and my sister and I helped. He never excluded my sister or me from anything. It never seemed weird to me that a woman would be in the construction industry because I never heard anything else.

I have better access to the supers because of my father — he opened doors for me and made sure the supers were comfortable with me. I’ve learned so much from him. He’s retiring in June and I’m his legacy here. He’s always pushed supers on tech, encouraging them to learn how to construct emails, to learn Fieldwire, to use technology better in general. I’ll continue that after he retires.

Are you mentoring anyone yourself?

Not formally, but we recently hired someone named Marlene Lawla who has a tech support background but nothing to do with construction. She has expertise working in IT at big organizations, and I have construction experience. So it’s a dual mentorship thing. I’ve been able to mentor her on construction overall and how to work with our business processes. It’s an interesting dynamic.

What’s the best part of your job?

The best part of my job is helping all of these people — especially our supers and PMs. Some are scared of technology and don’t want to learn to use new things. When I started five years ago, they would come into the office and ask me to print documents and fill forms out. Seeing them learn to use their iPhone or iPad and use Fieldwire — it’s exciting to watch them get into technology. Before we would have been hard-pressed to get pictures from the jobsite. Now they all take and send pics.

It’s especially great to have supers more invested in technology. We’re integrating with Fieldwire more and more and they’re clamoring for more training. It’s opened up a lot of potential for us.

Fieldwire is user-friendly and extremely related to what we’re doing. It makes the supers more efficient in construction and in technology. It’s eye-opening to see how much they grow.