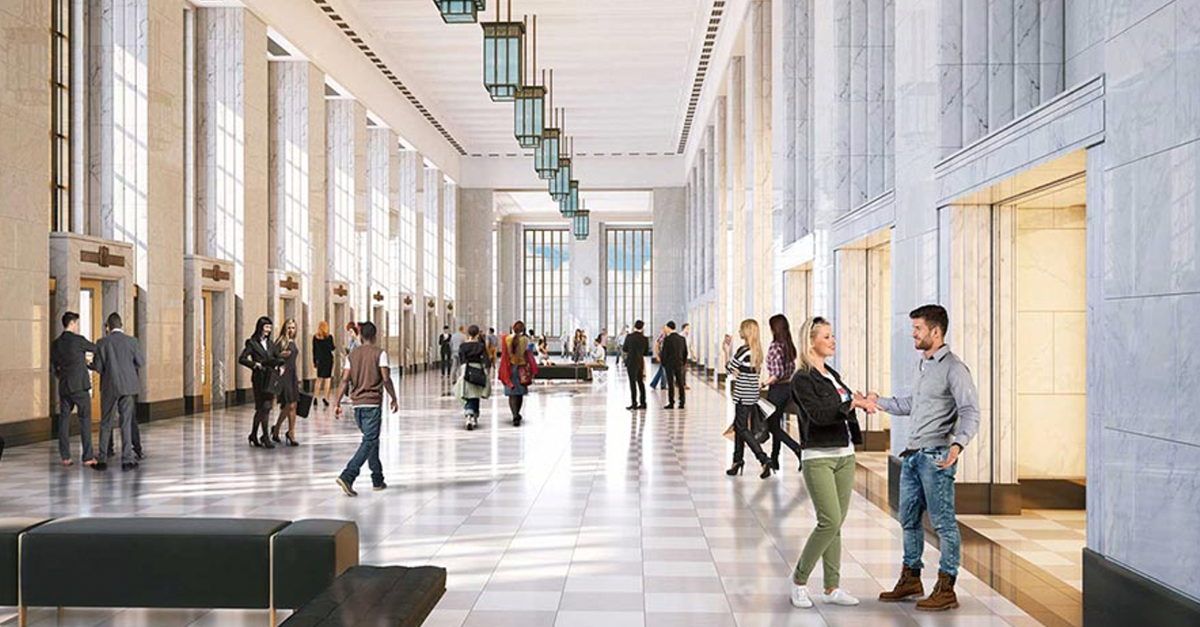 That thing Chicago is famous for that’s not Michael Jordan

If you’ve had a little extra time on your hands, you may have spent it binge-watching The Last Dance on Netflix.

If you haven’t, I highly recommend you do.

While watching the popular docuseries, I was reminded of all the things Chicago is famous for — Michael Jordan, deep-dish pizza, and, of course, the Old Post Office.

If you’re familiar with Chicago’s South Loop (or if you’ve seen the opening of The Dark Knight) you’ll know the building I’m talking about.

Standing at nine-stories tall and spanning three city blocks, the Old Post Office is pretty hard to miss. Closed since 1996, the 100-year-old building recently reopened to bring jobs and life back to downtown Chicago.

“The Old Post Office gives people who are opening up a business for the first time the ability and exposure to be in an up-and-coming area,” said Tony Gloria, BEAR Construction’s Field Technology Manager.

Fully occupied, the Old Post Office can house up to 14,000 professionals — something to aspire to post-lockdown. But this would never have been possible without the work of BEAR Construction, the General Contractor responsible for the buildings 800 million-dollar makeover!

For a recent episode of From the Ground Up, Fieldwire’s CEO spoke with Tony and Nick from BEAR Construction to hear what it was like to be a part of such an historic renovation project.

While they spoke a lot about the interesting parts of the job, including finding a morgue and a gun onsite, they also explained the intricate construction process and likened it to putting a puzzle back together again.

“We needed to restore large portions of floor and infill missing tiles for parts of the entrance to satisfy historical requirements. We could only find one company that could recreate the green and black mosaic tiles that were used 100-years ago,” said Nick.

“There was a lot more to it than just opening up a catalog and ordering some tile.”

And when asked what it took to restore 2.8 million square-feet of history, Nick and Tony had one answer: A fair few beers.

You can hear more about BEAR Construction and their involvement on the Old Post Office rennovation project on our podcast on Apple, Spotify, or Google Podcasts.